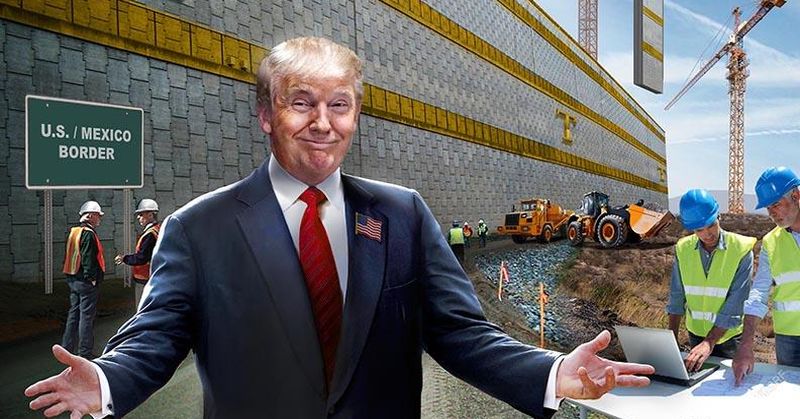 Officials in the failed narco-state to our south are adamant that they won’t pay for Donald Trump’s proposed border wall. Former Mexican president Vicente Fox, for example — a man who could play the odious “Tuco” if there’s ever a The Good, the Bad and the Ugly remake — tweeted Wednesday that “[n]either today, nor tomorrow nor never Mexico will pay for that stupid wall.”

Then there’s another former Mexican official who dislikes Trump — and who disagrees. Jorge Castañeda, Mexico’s secretary of foreign affairs from 2000 to 2003 and now a New York University professor, had called a Trump presidency a “tragedy.”

Nonetheless, he admitted while speaking at the Hudson Institute last September (video below) that Trump can, in fact, make the pesos flow.

As the Weekly Standard reported at the time:

Castañeda also suggested that Trump could tax remittances from the U.S. to Mexico: “There are ways of doing it,” he said, “transaction fees, commissions, special fees etc.”

Castañeda indicated in addition that Mexican protestations and resolutions to the effect that they won’t pay for the wall are “silly.”

Whether extracting such a price from Mexico is prudent is a different matter. Yet speaking of prudence, the wall is projected to cost between $8 and 20 billion. With the feds’ budget nigh on $4 trillion, this is approximately what Uncle Scam spends in 36 hours. Despite this, obstructionist liberals are still posing as fiscal conservatives.

“First, the wall is the domestic side, as it will protect our national domicile. With millions of aliens having transgressed our southern border over the last two decades, probability dictates that terrorists have assuredly been among them. Weapons of mass destruction might also have been brought across.”

I continued, “Serious conventional weapons…have definitely made their way here” and we “continually hear news stories of hapless Americans who, because of illegal-alien criminals, get a very tragic 15 minutes of fame.”

Lastly, I noted how twisted Pelosi’s priorities are, writing that they’re “akin to a man saying he’ll spend tens of thousands on his children’s education but won’t pony up $200 to fix the lock on his front door. If your kids can’t sleep safely at night, they may not live to graduate.”

Securing the border and protecting the home front are together a most basic government role. Politicians refusing to perform it are guilty of nothing less than criminal negligence — and they have blood on their hands.