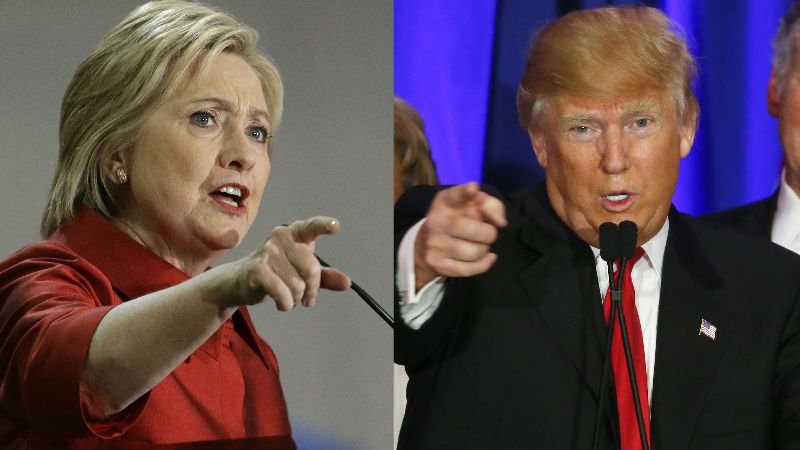 Lezlee Westine, once the White House’s director of public liaison and deputy assistant to the president in the George W. Bush administration, has defected to the other side.

“Our nation faces a unique set of challenges that require steady and experienced leadership. That is why today I am personally supporting Hillary Clinton,” Westine told the Washington Post.

“She has the expertise and commitment to American values to grow the economy, create jobs and protect America at home and abroad,” she added.

Really? How does a woman with no morals or personal values have any commitment to American values?

Westine is not alone. The Detroit Free Press is saying that former Michigan Gov. William Milliken, has suggested a vote for Donald Trump would be a choice to “embark on a path that has doomed other governments and nations throughout history.”

“I am saddened and dismayed that the Republican Party this year has nominated a candidate who has repeatedly demonstrated that he does not embrace those ideals,” Milliken said. “Because I feel so strongly about our nation’s future, I will be joining the growing list of former and present government officials in casting my vote for Hillary Clinton for president in 2016.”

“It would be the height of irresponsibility to give him the powers of the presidency,” Humphrey told MSNBC. “It would be an act of recklessness to give him the office of commander in chief. This needs to be said, and there’s a growing census in agreement that Donald Trump is mentally unfit to be president of the United States. And the RNC on that account, this week or next, should revoke the nomination and choose a candidate who is experienced, but at the same time, of mental soundness.” 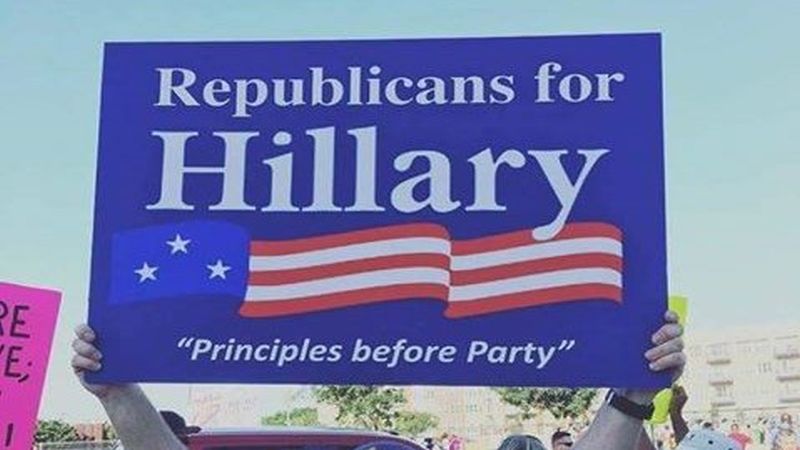 What’s astounding to me is that these people who are elitist Republicans and who are “worried about the party” are going to vote for a lying, self-centered, criminal Democrat who has already proven that she’s unfit to be the Commander-in-Chief because they believe she will be better than Trump!

The sign above says it all. How can one claim to put principles above party then vote for a candidate who has no principles?

The United States of America that I love is in trouble. Those who would seek to put Hillary Clinton in the White House, particularly Republicans, have no real clue what they’re pushing on our Constitutional Republic.

It’s fascinating to me how some people can watch and listen to Trump and say “crazy”, “scary”, “dangerous,” yet see and hear Clinton’s present and former actions and say “She’s by far the best possible candidate to lead this country.”