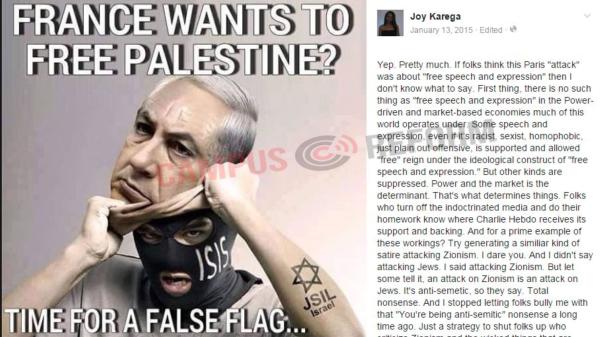 Joy Karega, assistant professor of Rhetoric and Composition at Oberlin College, is repeatedly claiming that Israel is responsible for ISIS and the Charlie Hebdo Attack in France.

In multiple Facebook posts made last year, Karega is seen blaming Zionism and Israel for the ISIS-related Charlie Hebdo Attack in Paris.

January 13, 2015, she posted a photo of a man in a ski mask emblazoned with the word ISIS appearing to remove a Benjamin Netanyahu mask. The caption on the picture reads: “France wants to free Palestine? Time for a false flag…” Beside the photo, she posted a status update that reads”

“Yep. Pretty Much. If folks think this Paris ‘attack’ was about ‘free speech and expression’ then I don’t know what to say. First thing, there is no such thing as ‘free speech and expression in the Power-driven and market-based economies much of this world operates under. Some speech and expression , even if it’s racist, sexist, homophobic, just plain offensive, is supported and allowed ‘free’ reign under the ideological construct  of ‘free speech and expression.” But other kinds are suppressed. Power and market is the determinant. That’s what determines things. Folks who turn off the indoctrinated media and do their homework know where Charlie Hebdo receives its support and backing. And for a prime example of these working? Try generating a similar kind of satire attacking Zionism. I dare you. And I didn’t say attacking Jews. I said attacking Zionism. But let some tell it, an attack on Zionism is an attack on Jews. It’s anti-Semitic, so they say. Total nonsense. And I stopped letting folks bully me with that ‘You’re being anti-Semitic’ nonsense a long time ago.”

Another post she claims that ISIS is not a “jihadist, Islamic terrorist organization.” Rather, she says, it is a “CIA and Mossad operation.” 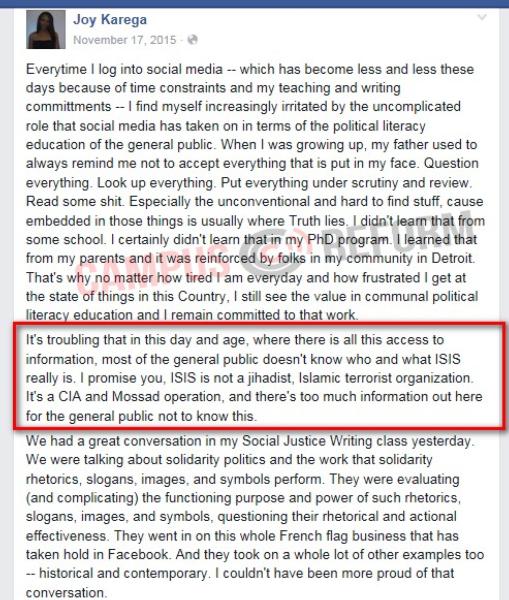 More of her posts can be seen below: 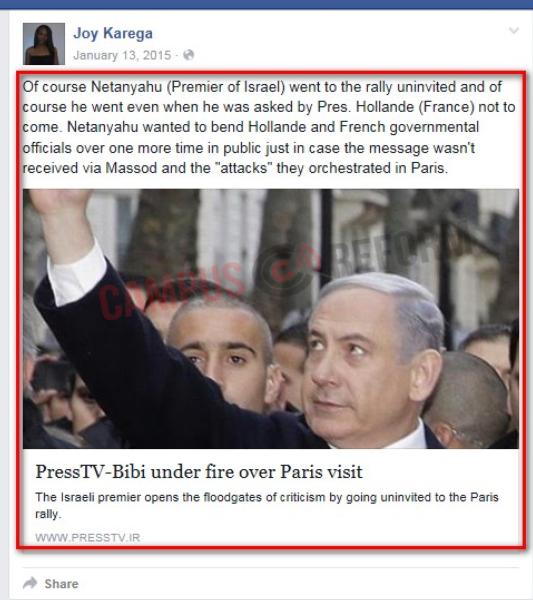 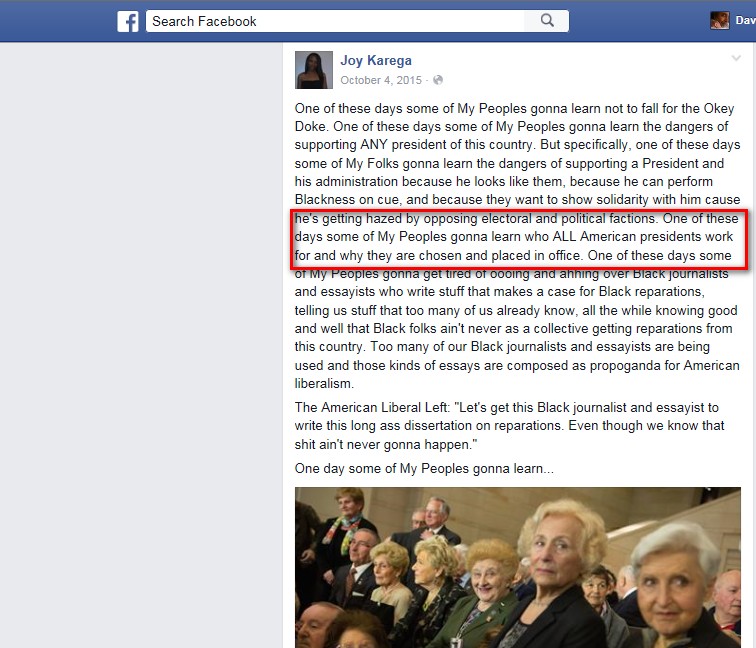 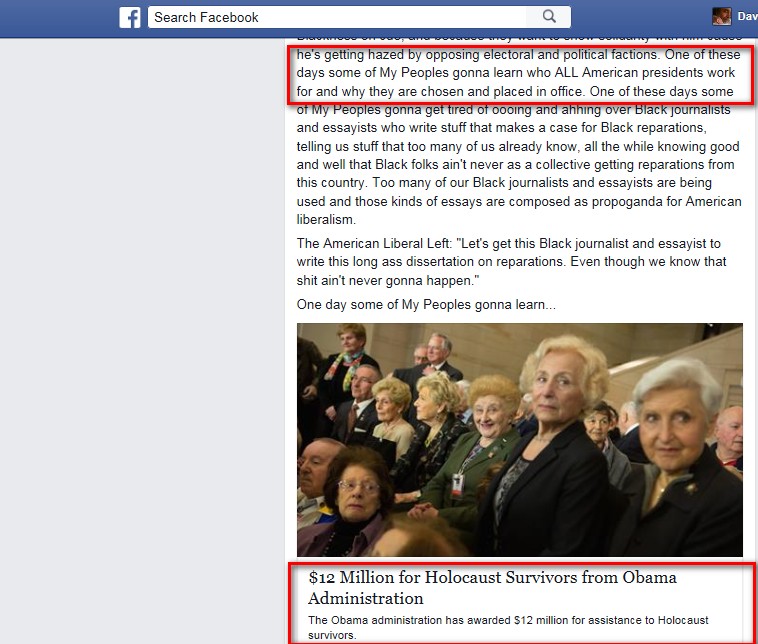 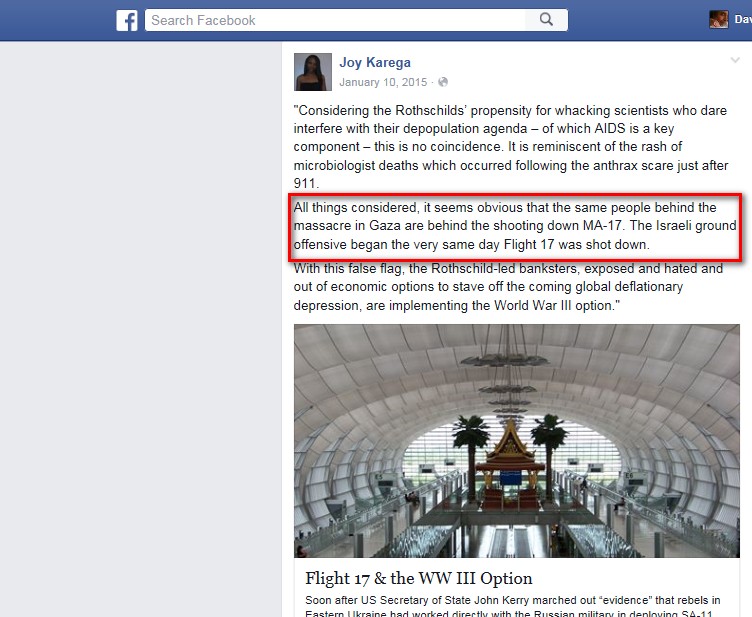 Oberlin spokesperson Scott Wargo issued this statement about the posts:

Oberlin College respects the rights of its faculty, students, staff, and alumni to express their personal views. Acknowledgement of this right does not signal institutional support for, or endorsement of, any specific position. The statements posted on social media by Dr. Joy Karega, assistant professor of rhetoric and composition, are hers alone and do not represent the views of Oberlin College.

Do you believe the college should reprimand her for these posts? Let us know in the comments!