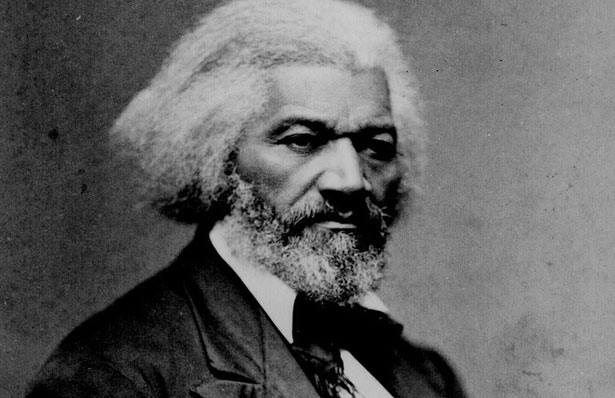 “There is gold in the earth, but we must dig it” — so with character. It is attainable; but we must attain it, and attain it each for himself. I cannot for you, and you cannot for me.”

–What Are the Colored People Doing for Themselves? By Frederick Douglass July 14, 1848

Born a slave, Frederick Douglass was mistreated, abused and hated— but still managed to elevate himself and others by inspiring respect, hard work and American Patriotism.

Mr. Douglass believed in the American Idea before millions of Americans believed that this idea of freedom was for all races, creeds and colors. Douglass was born Frederick Augustus Washington Bailey, in February 1818. He arose from slavery and became a leader in the abolitionist movement. He was an energetic orator, tough and to the point. Mr. Douglass did not compromise on principle. His intellectual accomplishments astonished his enemies and strengthened his allies. In 1845 he described his experience in Narrative of the Life of Frederick Douglass, an American Slave— which empowered the abolitionist movement.  Early on Mr. Douglass formed the opinion that The Constitutions advocated for slavery—but upon further review he determined that not only was The Constitution and Declaration of Independence glorious documents, he emphatically exclaimed that the Founding American Documents provided the impetus needed for the eventual abolition of slavery.

He said in his speech What to the Slave Is the Fourth of July?

“In that instrument I hold there is neither warrant, license, nor sanction of the hateful thing; but, interpreted as it ought to be interpreted, the Constitution is a GLORIOUS LIBERTY DOCUMENT. Read its preamble, consider its purposes. Is slavery among them? Is it at the gateway? or is it in the temple? It is neither.”

Frederick Douglass understood the founding principles set forth by our Founding Fathers and he believed in those principles. Mr. Douglass supported the equal rights of all races, genders, creeds and colors. He fought not to enslave everyone equally in servitude to each other, but he fought furiously for everyone to be equal in liberty as a nation of laws, not men. He believed in “negative” liberties, and that our rights were granted by God and the Law of Nature— NOT BY GOVERNMENT.

Mr. Douglass was a supporter of a Classical Liberalism which required each individual to do their very best and shoulder their own existence while not obstructing others.

He said in his speech What Shall Be Done with the Slaves If Emancipated:

“Let us stand upon our own legs, work with our own hands, and eat bread in the sweat of our own brows”

Frederick Douglass championed Individual Liberty and Individual Responsibility because he believed that Individualism was the only real way anyone could be elevated from poverty and degradation to elevation and self-respect.

He also said in What Shall Be Done with the Slaves If Emancipated:

“— let him alone. Don’t pass laws to degrade him.”

Frederick Douglass believed that justice could not be served by inflicting injustice upon another and that race should not supersede merit.

He also said in an An Address to the Colored People of the United States:

“Never refuse to act with a white society or institution because it is white, or a black one, because it is black. But act with all men without distinction of color. By so acting, we shall find many opportunities for removing prejudices and establishing the rights of all men.”

Although Frederick Douglass could have allowed anger, resentment and hate to consume him, he chose reason, historic truth and forgiveness to elevate himself and others to the eternal truths set forth by America’s Founding Principles. He did not seek to fundamentally transform American Principles but he tried to ensure that those principles which founded America were observed and guaranteed for all Americans.

The Life, Times, and Beliefs of Frederick Douglass should be required learning over all other Civil Rights Activists.

Mr. Douglass is our Gold Standard-Bearer for Individual Liberty and American Exceptionalism.