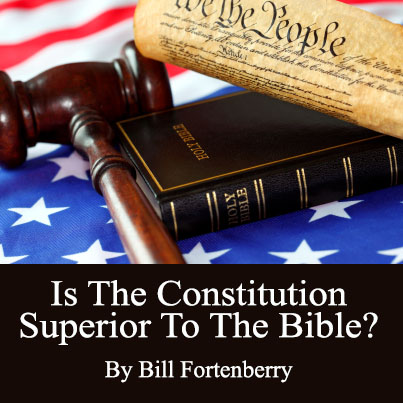 That this was the view intended by the founders is evident from Federalist Paper Number 44 which states:

“The indiscreet zeal of the adversaries to the constitution, has betrayed them into an attack on this part of it also without which it would have been evidently and radically defective. To be fully sensible of this, we need only suppose for a moment, that the supremacy of the state constitutions had been left complete, by a saving clause in their favor.

In the first place, as these constitutions invest the state legislatures with absolute sovereignty, in all cases not excepted by the existing articles of confederation, all the authorities contained in the proposed constitution, so far as they exceed those enumerated in the confederation, would have been annulled, and the new congress would have been reduced to the same impotent condition with their predecessors.

In the next place, as the constitutions of some of the states do not even expressly and fully recognize the existing powers of the confederacy, an express saving of the supremacy of the former, would in such states have brought into question, every power contained in the proposed constitution.

In the third place, as the constitutions of the states differ much from each other, it might happen that a treaty or national law of great and equal importance to the states would interfere with some, and not with other constitutions, and would consequently be valid in some of the states, at the same time that it would have no effect in others.

The Law of God was never considered by the founders to be inferior to the Constitution. In fact, they rested the justification for their independence solely upon His Law as I explained in a previous article.

To view the Constitution as superior to the Law of God would have been completely foreign to the founders. They were all well acquainted with the commentaries of Sir William Blackstone who wrote that, “Upon these two foundations, the law of nature and the law of revelation, depend all human laws; that is to say, no human law should be suffered to contradict these.” And James Wilson, one of the few founders to have signed both the Declaration and the Constitution as well as one of our first Justices of the Supreme Court, wrote that “Human law must rest its authority, ultimately, upon the authority of that law, which is divine.”