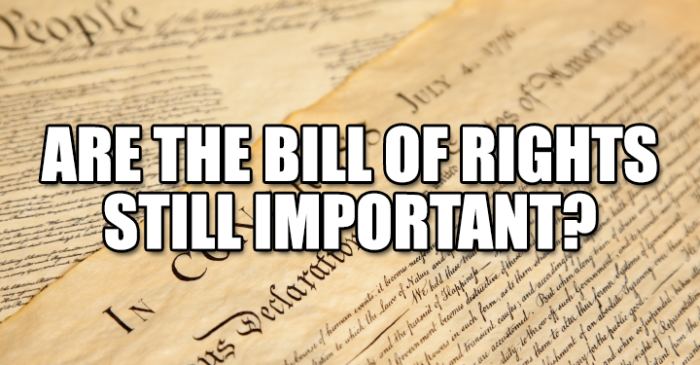 On November 20, 1789, New Jersey became the first state to ratify the Bill of Rights – the first ten amendments to the United States Constitution.

Of the twelve articles proposed, New Jersey actually approved eleven. The first, relating to how federal representation would be determined based on population, was ratified by New Jersey but not by the required number of states. The second, relating to the salaries of members of Congress, was rejected by New Jersey, but then approved in 1992 as the 27th Amendment. Articles 3 through 12 became the 1st through 10th Amendments, guaranteeing the fundamental rights and freedoms of all American Citizens.

In my opinion the freedoms guaranteed by the Bill of Rights have been increasingly violated and restricted.

Our public and private communications and cell phone data are being collected and monitored and members of the Armed Forces are being persecuted because of their faith.

Will Americans wake up and fight back against the erosion of our liberties, by demanding better representation, or will they sit passively by and allow their freedoms to slip away?