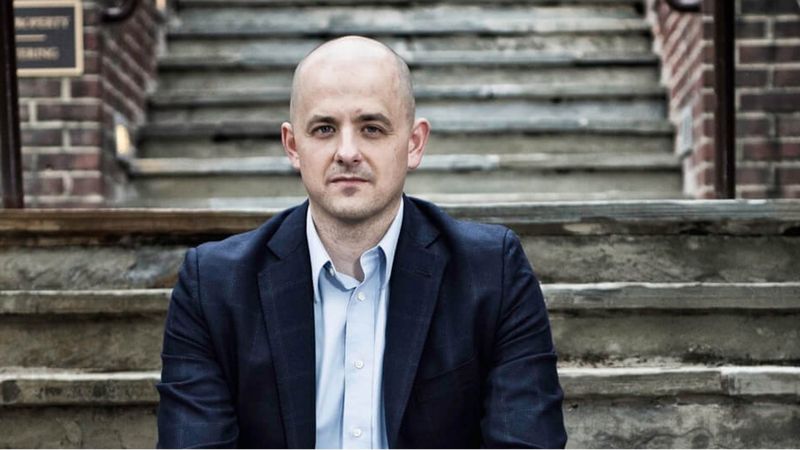 Just when you think the presidential campaign couldn’t get any more confusing and bizarre, one unsatisfied anti-Trump Republican is launching an independent bid for the presidency.

With the election only three months away, BuzzFeed and MSNBC’s Joe Scarborough reported on that Evan McMullin, a mostly unknown Republican.

McMullin, who was a CIA agent from 1999 until 2010, is currently the Chief Policy Director for the House Republican Conference. He made his announcement on Monday.

McMullin has been a constant critic of Donald Trump, questioning his temperament and his credentials for foreign policy. He has never held an elected office himself.

According to McMullin’s own words he “managed clandestine operations related to counterterrorism, counterinsurgency, energy, political stability, and counterintelligence, while serving mostly in hostile environments.”

“As Donald Trump continues attacking Muslims and as a former CIA officer,” McMullin wrote on Facebook, “I’d like all Americans to know the truth: American and other Muslims have played a central role in virtually every counterterrorism win we’ve had since 9/11. They are an indispensable asset in this fight. Attacking them as a group makes America weaker, not stronger.”

Authoritarians like @realDonaldTrump use promises of law & order to justify infringing on civil rights as they consolidate control by force.

Opposing @realDonaldTrump is about putting principle over power, a virtue some in Washington are too quick to abandon. #NeverTrump

And since he’s an unknown with no funding he’ll likely not get on the ballot at all in many states.

There’s never a dull moment in the 2016 election, that’s for sure.