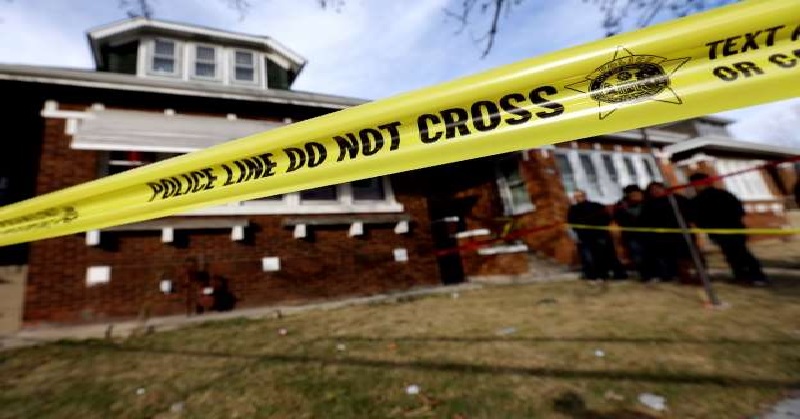 Chicago has rightly earned themselves a reputation as one of the nation’s murder capitals, and they’re on track to move a few places up on the list of most dangerous cities this year.

Last year a total of 2,996 people were shot in the city, 447 of whom died. That amounts to a person being shot roughly every three hours in Chicago. The overwhelming majority of victims are black (78.5%) and Hispanic (16.5%), but groups like Black Lives Matter don’t seem at all concerned with these black lives.

The city was already on track to see a spike in murders this year, but the extent of the increase has been larger than expected. As the Chicago Sun Times noted, the city has already topped last year’s homicide total.

Chicago ticked past a pair of grim milestones as August passed into September. Chicago Police said 90 people were murdered in the city in August. A few hours into Sept. 1, the total number of murders in 2016 reached 469, exceeding the tally for all of last year.

The number of murders in August was the most in a single month during an already bloody year, and the most in a one-month span in 20 years.

Year-to-date, the city has endured a 50 percent increase in murders and a similar spike in other categories of violent crime, while also grappling with public furor over police tactics following the release last year of video of a CPD officer pumping 16 bullets into teenager Laquan McDonald.

According to NPR, which is hardly a right-of-center source, Chicago crime is soaring as “police avoid becoming the next viral video.”

Last fall, video footage was released showing a white Chicago police officer shooting a black teenager sixteen times, which resulted in a Justice Department civil rights investigation into the Chicago PD. James Comey has dubbed police taking a more relaxed approach to their work to avoid becoming the next viral video the “Ferguson Effect,” but in Chicago it’s being called the “Laquan McDonald Effect” (named after the teenager who was shot).

Unfortunately, we’ve learned from Milwaukee that circumstances don’t matter in a police shooting for the anti-cop crowd, so long as the victim is a minority. Sylville Smith was armed with an illegal firearm and shot by a black police officer, but that didn’t stop rioters from burning a number of stores in their own community to the ground. The consequences of police being scared out of doing their job is on full display in Chicago, and it’s the black community suffering the most as a result.