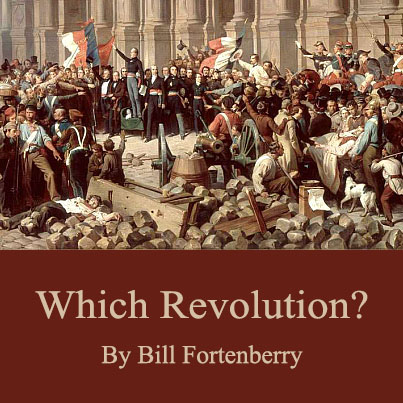 “No man is more sensible than I am of the service to science and letters, humanity, fraternity, and liberty, that would have been rendered by the encyclopedists and economists, by Voltaire, D’Alembert, Buffon, Diderot, Rousseau, La Lande, Frederic and Catherine, if they had possessed common sense … And what was their philosophy? Atheism,—pure, unadulterated atheism. Diderot, D’Alembert, Frederic, De La Lande, and Grimm, were indubitable atheists. The universe was master only, and eternal. Spirit was a word without a meaning. Liberty was a word without a meaning. There was no liberty in the universe; liberty was a word void of sense. Every thought, word, passion, sentiment, feeling, all motion and action was necessary. All beings and attributes were of eternal necessity; conscience, morality, were all nothing but fate. This was their creed, and this was to perfect human nature, and convert the earth into a paradise of pleasure.”

“In a universe of blind physical forces and genetic replication, some people are going to get hurt, other people are going to get lucky, and you won’t find any rhyme or reason in it, nor any justice. The universe we observe has precisely the properties we should expect if there is, at bottom, no design, no purpose, no evil and no good, nothing but blind, pitiless indifference.”

In the same letter quoted above, Adams also offered an explanation for the failure of the French revolutionaries to fully establish atheism in their nation when he wrote that “they had not considered the force of early education on the minds of millions, who had never heard of their philosophy.”  Unfortunately, the atheists have learned from this oversight of the French thinkers, and they have invested more than fifty years in preparing the American mind for Dawkins’ regurgitation of the nihilism of the French Revolution.

This will lead to nothing but heartache for the American people.  Notice what Adams said about the liberty promised by the French Revolution.  “There was no liberty in the universe; liberty was a word void of sense.”  This is the same liberty promised by the New Atheists.  They profess to be free of God and the restrictions of religion, but what kind of liberty do they promise? — a liberty that is “nothing but blind, pitiless indifference.”  What a stark difference this is from the liberty which the American founders obtained.  According to Adams:

Unlike the empty promises of the French, the freedom of America was founded on the recognition of two distinct yet complementary sets of principles or laws – the law of nature and the Law of nature’s God.

Shortly after the revolution, James Wilson, who signed both of our founding documents, taught his law students of:

That law, which God has made for man in his present state; that law, which is communicated to us by reason and conscience, the divine monitors within us, and by the sacred oracles, the divine monitors without us.  This law has undergone several subdivisions, and has been known by distinct appellations, according to the different ways in which it has been promulgated, and the different objects which it respects.  As promulgated by reason and the moral sense, it has been called natural; as promulgated by the holy scriptures it has been called revealed law.”

“That our Creator has a supreme right to prescribe a law for our conduct, and that we are under the most perfect obligation to obey that law, are truths established on the clearest and most solid principles.”

This then is the reason that the American Revolution has produced more than 200 years of prosperity while that of the French produced the Reign of Terror.  Both nations recognized the role of the natural law and reason, but only one recognized with Wilson that “Human law must rest its authority, ultimately, upon the authority of that law, which is divine.”