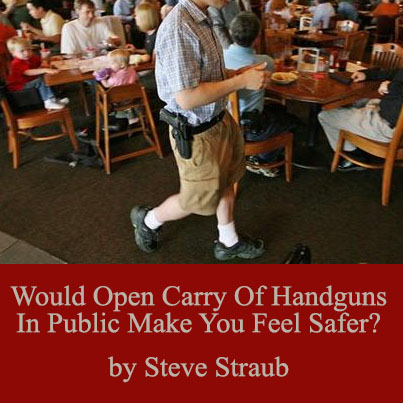 A few days ago we asked if you would feel safe going into a business that had a sign that read “Guns are welcome on premises, please keep all weapons holstered unless need arises. In such a case judicious marksmanship is appreciated.”

1,524 of you replied and the comments below are representative of what most of you had to say about this issue:

About 5% of you said they would not feel safe going into a business like that, the comments below are representative of what that group had to say. There are only a few samples because most were about the same.

All in all I was amazed that 95% of you would feel safe given all of the anti-gun media focus. It tells me that the anti-gun crowd is losing as far as the American people are concerned.