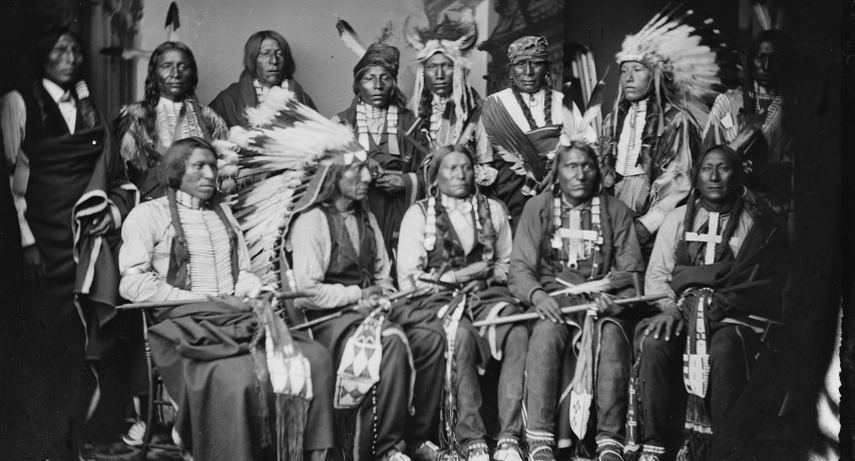 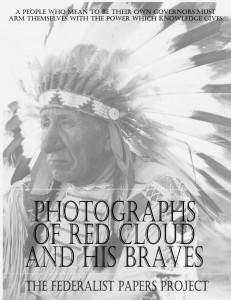 This is a photograph book of images of the Oglala Lakota tribes. The photographs were taken by Alexander Gardner, for the “Trustees of the Blackmore Museum, Salisbury, England.”

The last picture is of Gardner shaking hands with Red Cloud. The photographs were taken in May 1872, at Washington D.C.

One of the most capable Native American opponents the United States Army faced, he led a successful campaign in 1866–1868 known as Red Cloud’s War over control of the Powder River Country in northeastern Wyoming and southern Montana.