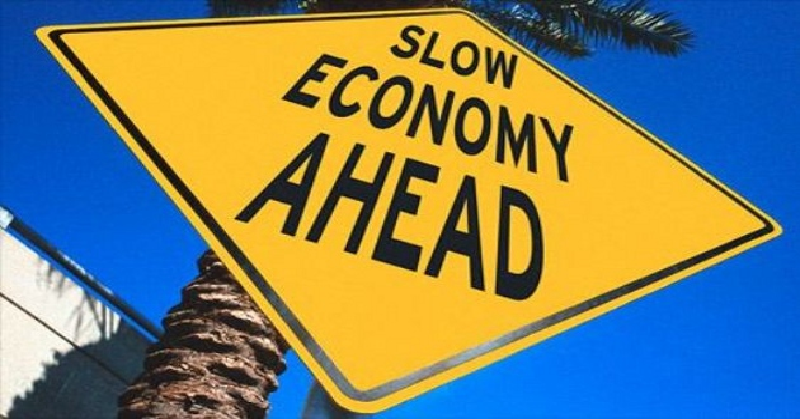 At some point, it’s going to happen; but when, is the real question. Based on the Wall Street Journal’s recent survey of U.S. economists, the answer to that appears to be sometime during the next president’s term of office.

To be clear, it’s not that the presidents solely cause economic downturns (though certain regulatory schemes of the executive branch certainly do not help), but that statistically speaking, there is a strong likelihood of another recession occurring during the next president’s tenure.

Here’s how The Wall Street Journal reported these predictions:

The U.S. must face one of two scenarios: Either the next president will face a recession in office, or the U.S. will have the longest economic expansion in its history.

Odds are that the recession is more likely. Economists in The Wall Street Journal’s latest monthly survey of economists put the odds of the next downturn happening within the next four years at nearly 60%.

…Over the course of the next four years, something—whether exhaustion of the economy’s cyclical momentum, a policy mistake from the Federal Reserve or some outside shock—could knock the economy off course.

Economists see a 20% chance of a recession within the next year, and see those odds rising as the window gets longer. Asked to name the specific risks, a plurality cited the possibility of a global economic slowdown, which could be largely beyond the next president’s control.

To be clear, the length of an expansion bears little relation to its strength. The U.S. economy has grown at a 2.1% annual pace since 2009. That is the slowest growth of any expansion after World War II. Many economists were once optimistic that growth would accelerate, but now most forecast the economy will continue to grow at this pace in coming years.

As the Journal notes, we are just about at the longest rate of expansion since the end of World War II, but that does not mean that the economy is doing well. An overall growth rate averaging at 2.1% is rather paltry. And especially considering the fact that the national debt now exceeds the total GDP, such a number is very disconcerting for economic prospects.

What is not normal, however, is the massive spikes and ravines that are created by artificially manipulating the economy through policies such as inflating the money supply, or arbitrarily changing interest rates.

You see, as Friedrich Hayek wrote in an academic paper titled “The Use of Knowledge In Society,” he explains why governments cannot prevent economic downswings, or mitigate their effects (though they certainly can make those downswings and effects much worse).

In economies, there are millions of people interacting that, though they may not realize it, are communicating with each other to plan out their daily economic activities. That method of communication is not necessarily by written word or by reading economic forecasts, but through a system that we are all familiar with: the price system.

The price system is the only way to determine a fair value for any given good or service; and that can even apply to interest rates as well. Each person operating in this system has thousands of calculations happening at any given point, and that determines what is fair or unfair in his/her opinion. Another person outside of the transaction cannot know what is a fair price for a given good or service because they are outside of the minds of both parties.

The problem is thus in no way solved if we can show that all the facts, if they were known to a single mind (as we hypothetically assume them to be given to the observing economist), would uniquely determine the solution; instead we must show how a solution is produced by the interactions of people each of whom possesses only partial knowledge. To assume all the knowledge to be given to a single mind in the same manner in which we assume it to be given to us as the explaining economists is to assume the problem away and to disregard everything that is important and significant in the real world.

Later in the paper, he continued by saying,

Fundamentally, in a system in which the knowledge of the relevant facts is dispersed among many people, prices can act to coordinate the separate actions of different people in the same way as subjective values help the individual to coordinate the parts of his plan.

The reason why there are upswings and downswings in an economy is because of people interacting through the price system. It’s an extraordinarily complex system that enables us to have an economy so diverse and massive that we cannot even comprehend its size.

We as the average person cannot comprehend it, nor can any government office or central bank.

But here is what will happen, because this is how governments work: there will be a recession at some point in the future. People will point the finger at Bush, Obama, Hillary or Trump, the Koch Brothers, the Jonas Brothers, whoever they so desire.

Those same people, who blame whoever they desire, will then call upon the Almighty State to fix the problem which was only caused and/or exacerbated by our omnipotent overlords to begin with. The planners at the Federal Reserve and all the alphabet soup of federal economic agencies will begin to think of ways to “stimulate the economy.”

You know, things like TARP (bailouts) all over again. More legislation like Dodd-Frank, which no one really understands even now, and more restrictions on economic activity.

And what will then happen? Sluggish growth, as the economy attempts to navigate the myriad new regulations and laws that will inevitably be enacted. But will it actually solve the problem of bubbles and bursting bubbles?

Of course not, for it is governments that perpetuate economic bubbles, then blame “runaway capitalism” for doing something that is the fault of no one but the government (just like the housing bubble).

Don’t be fooled, another downturn is coming again. It’s only a matter of time, and that time must be used wisely to prepare for the effects that will come with that downturn.