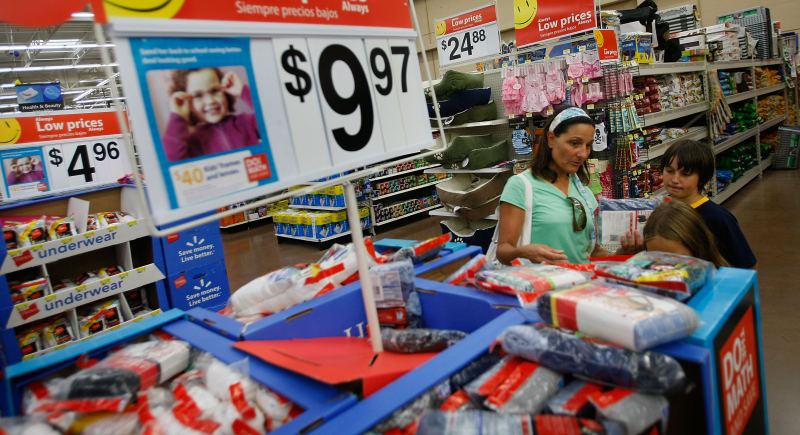 Liberal love to rail against Walmart and other corporations but the bottom line is government makes almost three times as much “profit” from retail sales than the actual retailer.

So if you wonder who’s profiting the most off of your purchases, the answer is government, not the “greedy” corporations!

Via the American Enterprise Institute:

For every $100 in sales, the average discount retailer like Walmart and Target earns $3.10 in profits, while the average take for the states with state and local sales taxes is more than twice that amount — almost $7, based on the 6.94% average sales tax rate for the 46 states that tax retail sales.

But look at who attracts the protests and boycotts….

Who Boycotts Walmart — which makes a modest 3.12% profit margin by helping to feed and clothe people who typically do not have a lot of spare money? Social-justice warriors who are too enlightened to let their poor neighbors pay lower prices, according to National Review’s Kevin Williamson.

Meanwhile, contrary to widespread belief, big-box stores and chains like Walmart have increased wages in the retail sector as they have spread, according to a recent NBER paper Do Large Modern Retailers Pay Premium Wages? Here’s the paper’s conclusion:

Over the last forty years, modern retail firms, those with the modern products and processes that support large chains, have become a large segment of the retail sector. Using worker-level data on wage rates, we show that the spread of these chains has been accompanied by higher wages.

Moreover, large firms and large establishments give workers access to managerial ranks, and managers are a large fraction of the retail labor force, and earn about 20 percent more than other workers.

A good part of these wage gains are returns to ability – large firms and large establishments hire and promote the more able.

The retail sector pays considerably less than manufacturing, but as the manufacturing sector has declined over time, the growth of modern retail chains has increased retail wages and provided more promotion opportunities, particularly for the more able worker.