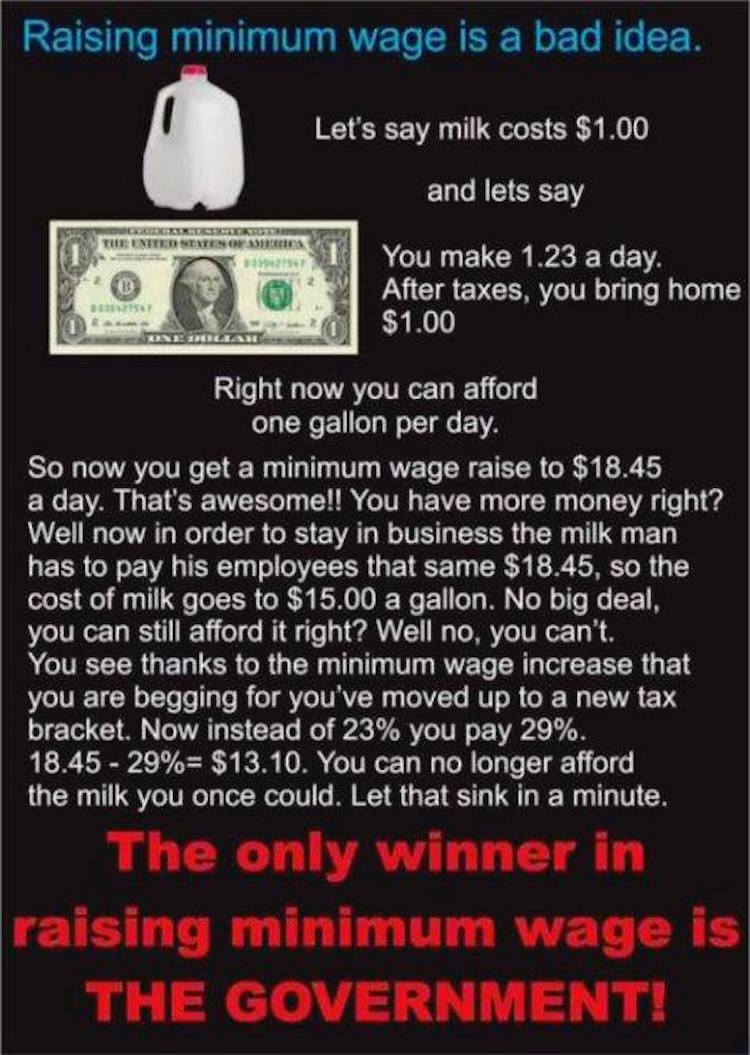 C.E. Dyer reports the fight for $15 an hour just got dealt another blow with this new data from the Bureau of Labor Statistics about the DC restaurant industry.

The BLS data shows a marked difference in the state of restaurant-sector jobs between D.C. and the suburbs, according to AEI:

In contrast, restaurant employment outside the city grew at a 1.6% rate in the suburbs (and by 2,900 jobs) during the January to July period.”

The last time DC experienced restaurant job losses in five out of six consecutive months was 25 years ago in 1991, and the last time 1,400 jobs were lost over any six-month period was 15 years ago during the 2001 recession.“

As AEI notes, it may take several more years to really assess the changes, but this does provide a unique real-world example of what artificially increasing the minimum wage can do.

It is certainly clear that businesses will move jobs elsewhere if they can cut costs. If a national $15 an hour wage is ever implemented, businesses will likely find other ways to cut costs and jobs if they are able to.

Certainly it’s reasonable to have protections in place so that workers do not get taken advantage of by businesses. However, an artificial, across-the-board increase to $15 an hour (and in this case, even at a lower than that) just isn’t the answer and the facts regularly show it.

Right now, businesses can choose to move to states where the climate is more amenable, and from the looks of it that’s what’s happening. At the very least, D.C. restaurants certainly aren’t increasing jobs.