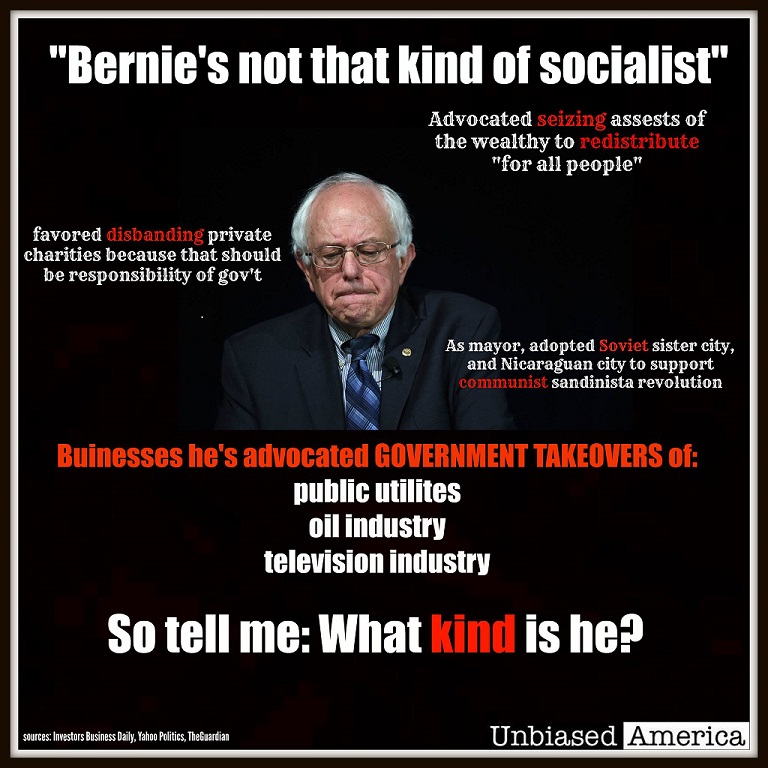 I’ve written previously at this column that one of the reasons millennials are so accepting of socialism is because they’re more likely to associate it with Scandinavia than Cuba, Venezuela, or the former Soviet Union.

Scandinavia is often spoken of by liberals as some sort of utopia, offering free college, universal healthcare, paid maternity leave, among a handful of other generous social benefits.

It’s almost always excluded that many of the Scandinavian nations have more economic freedom than the US, have no minimum wages, and allow school choice.

Denmark’s center-right Prime Minister publicly asked Sanders to stop lying about his country during a talk at Harvard’s Kennedy School of government, stating “Some people in the U.S.associate the Nordic modelwith some sort of socialism. Therefore, I would like to make one thing clear. Denmark is far from a socialist planned economy. Denmark is a market economy.”

So what kind of socialist is Bernie?

Is he a communist diehard or someone who merely wants a large welfare state alongside a free market?

As the above meme created byUnbiased America’s Will Ricciardella shows, the socialism of Sanders is no different than the Socialism of Karl Marx.

All sources for the claims are available here.

With policies as horrifying as these, we can all take a breath of relief that Hillary Clinton has essentially locked in the nomination.

Only Bernie Sanders could manage to make that fact something worth celebrating.