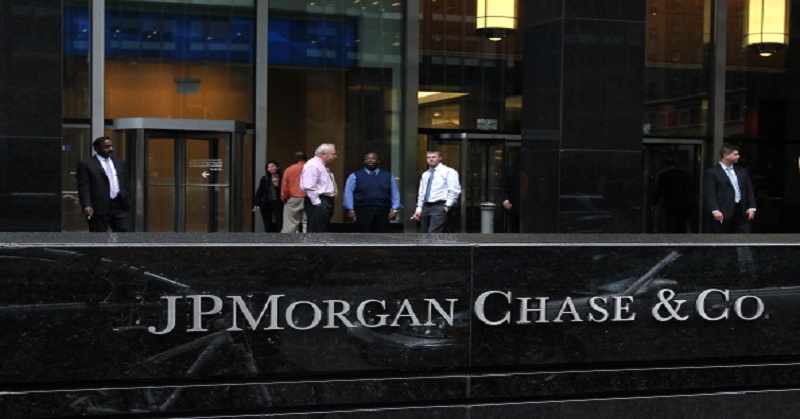 Since the Great Depression, the American economy has fallen into recession about every five years on average.

We’re nearing a decade since the last recession, and it isn’t hard to feel like we’re long overdue for one. While the economy isn’t in recession (defined as at least 6 months of negative GDP growth), growth has been minuscule. Wages are stagnating, and the true unemployment rate (including those who’ve left the labor force) hovers near 10%.

Donald Trump has been predicting a major recession, and it’s highly likely that the next President will have to combat one in the early days of their administration.

To add even more gloom, JP Morgan CEO Jamie Dimon has a new warning about the structure of the American economy in a newly released annual report.

He’s projecting serious problems a few years out that will be catastrophic unless action is taken very soon.

To quote (via The Blaze):

“The long-term fiscal and tax issues (driven mostly by healthcare and Social Security costs, as well as complex and poorly designed corporate and individual taxes), immigration, education (especially in inner city schools) and the need for good, longterm infrastructure plans.”

I do not believe that these issues will cause a crisis in the next five to 10 years, and, unfortunately, this may lull us into a false sense of security. But after 10 years, it will become clear that action will need to be taken,” he wrote. “The problem is not that the US economy won’t be able to take care of its citizens — it is that taking away benefits, creating intergenerational warfare and scapegoating will make for very difficult and bad politics.”

He reiterated, “This is a tragedy we can see coming.”

Let’s look at the list: Social Security, corporate taxes, education – all policies that liberals have boasted as their successes.

Whether it be entitlement reform, education reform, or welfare reform, anytime our leaders are discussing something that needs to be “reformed,” it’s always a liberal disaster.