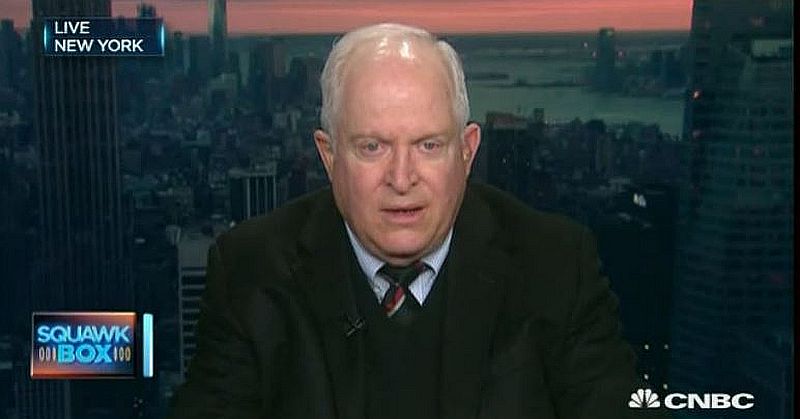 With the election of Donald Trump to the White House, and the supposed rollback of regulations he has promised to bring, one leading economist is predicting that his policies will help to fuel a great deal of economic growth in the U.S.

After nearly a decade of regulatory mayhem coming from the Executive Branch, Trump has promised to roll back the mountains of regulations implemented by the Obama regime so that new jobs can more easily be created.

Joel Stern, CEO at Stern Value Management, stated that if Trump does deliver on his promises, it will stimulate the economy (unlike the typical government efforts through bailouts and quantitative easing).

Watch what he had to say on CNBC:

As he mentioned, nearly 2,200 new regulations were put on by the Obama administration. It’s extremely difficult for smaller businesses to keep up with this kind of regulatory burden.

Combining tax cuts and regulatory rollback is how jobs will be retained and created, not by tariffs (as Trump has advocated). When businesses have more of their own capital, and the room for creativity and innovation and free trade, that is how more jobs can be brought back to the United States.

It will be up to the voters to keep the President-elect true to his promises. There is a Republican-controlled Congress and White House. There’s no reason why the insane tax rates and regulations cannot be rolled back.

The question if is they will actually do it.