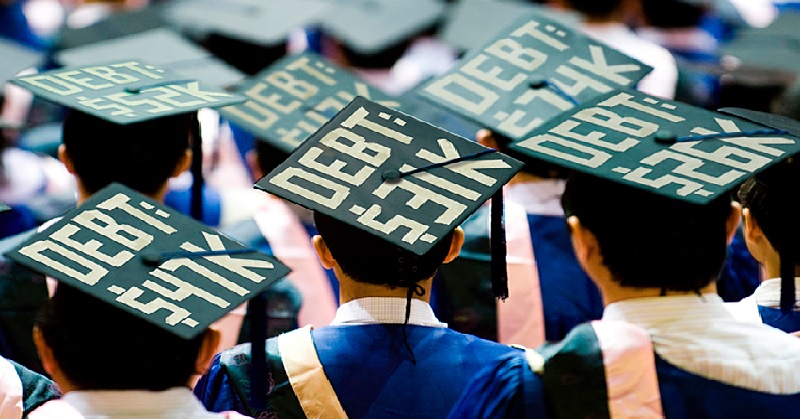 The issue of college affordability wouldn’t be such an issue had the government not meddled in the education market in the first place.

Back in 1987, Reagan education secretary William J. Bennett famously penned a piece in the New York Times titled “Our Greedy Colleges,” which laid out what became known as the Bennett Hypothesis.

Put in layman’s terms, colleges tend to capture government subsidies. So, let’s say in a world with no government involvement, college is $1,000 a year. To make college more affordable, the government gives every student $500 towards their education, which, all else held equal, would cut the cost of their education in half. But colleges don’t sit by idly in the face of government subsidies. In fact, a college could raise their tuition to as much as $1,500 and it wouldn’t cost students a dime over what they were paying prior to the introduction of the subsidy. Of course, that entices the government to put forward even more subsidies, which continues the feedback loop.

A study at the National Bureau of Economic Research confirmed the Bennett hypothesis. Starting from 1987 and ending in 2010, the study found that “Specifically, with demand shocks alone, equilibrium tuition rises by 102%, almost fully matching the 106% from the benchmark. By contrast, with all factors present except the demand shocks, net tuition only rises by 16%. These results accord strongly with the Bennett hypothesis, which asserts that colleges respond to expansions of financial aid by increasing tuition.” Deciphered from Econospeak, tuition would’ve risen only 16% if government subsidies for college didn’t exist.

Case in point: Barack Obama’s Education Department has just put forth a mini-student loan bailout, and it’s at the expense of the middle class. As Forbes reported:

The Department of Education has proposed a regulation which would quickly lead to a massive, multi-billion dollar default on millions of student loan balances. The tab for this massive bailout will be passed along to middle class families struggling to stay above water as it is. The bailout itself will be administered by a government agency which even Uncle Sam has said is not capable of such an undertaking.

The mechanism for this taxpayer bailout of Millennials is an expansion of the department’s “Borrower Defense to Repayment” program. This fairly reasonable escape hatch allows student loan borrowers who were the victims of fraud or significant misrepresentation by their school to apply to get out of repayment. This program, which has been around for over twenty years, is intended as a limited consumer protection against really bad actors and fly by night diploma mills.

Never one to let a crisis go to waste, the Obama administration wants to use their aggressive regulatory overreach to massively expand this program and saddle taxpayers with the bill. Under their proposed rule, a borrower could try to get out from under his student loan merely by saying that his college “ substantially misrepresented” facts to him in some way.

RELATED: 9 Reasons To Laugh When Anyone Says The Economy Is In Good Shape

You can just imagine how Pajama Boy’s safe space violations and perceived micro-aggression slights might lead to such charges becoming very common. Maybe a professor told him that basket weaving was very lucrative in San Francisco these days. Maybe a provost intern’s clerical error was made on those community college credits he transferred to finish up his modern transgendered feminism minor. Really, there is no standard except in the eye of the beholder, and it’s the borrower’s say so against no one’s.

Is the administration using this as a Trojan Horse to achieve “free” college by a different manor? If so, I’m sure it’ll be as expensive as it is creative.