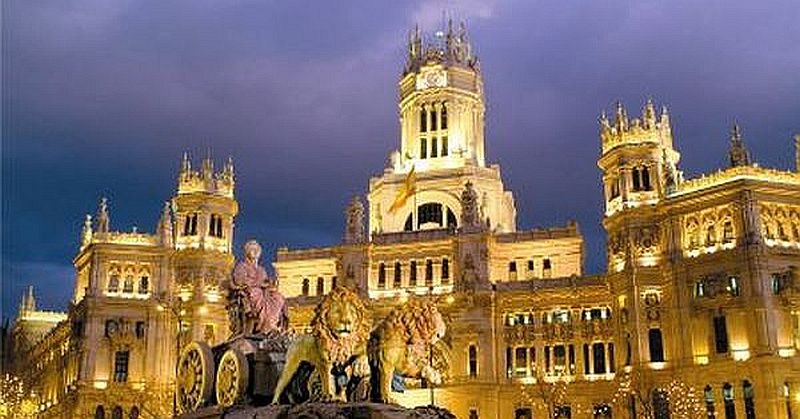 “The government needs to fix this!”

“Only the federal government can bring this back into order!”

“Only a new law regulating this can fix the problems that runaway capitalism have made!”

Ahh, yes. The rallying cries of the Left; we’ve heard them countless times for the past 100+ years, and increasingly so here in the United States.

Whenever a problem comes up in the economy, there is the predictable cry for government intervention to fix it. TARP in 2008, to bail out the auto industry; Quantitative Easing, to prop up the stock market; EPA rules to prevent contaminating rivers (wait, nevermind…).

But we need not only look to the complex writings of famous economists like Friedrich Hayek to understand this. All we really have to do is look at what’s happening in Spain, where there has effectively been no government for the past 10 months, and the economy is doing just fine.

In fact, it is doing much better without government planning.

As reported by Reuters:

…Spain has not really had a government for the past 10 months and yet it is expected to be one of the fastest-growing eurozone economies this year. And as a result the unemployment rate has just fallen to 18.9%. So much for the necessity of activist management of the economy then:

Spain’s unemployment rate has dropped to 18.9 percent in the third quarter from 20 percent in the previous three-month period, the lowest rate in six years and welcome news for acting premier Mariano Rajoy as he looks to begin a second term in office this week.

The National Statistics Institute said Thursday the number of people out of work fell by 253,900 July through September to a rounded total of 4.3 million.

That’s a rather better economic performance than the country had when they did have an activist government:

Spain’s central bank expects the country to expand by 3.2% this year, among the most robust growth rates in Europe, which has created more jobs.
…
Acting Prime Minister Mariano Rajoy, who is expected to be elected by Parliament this weekend for a second term after 10 months of political deadlock, has said that getting more Spaniards back to work is one of his policy priorities.

Why has this been the case? In short, political gridlock; the country has not been able to form a government because Parliament has not been able to form a majority to choose their executive due to infighting. Therefore there has been no way to intervene in the economy. No more regulations being issued, no market manipulation, etc. because they cannot even formulate the offices required to implement such intervention.

No manipulation of the economy; just less-corrupted, free market economics that have taken over the country.

This is not to say that there is absolutely no governing entity; there are still functions being performed by the government, such as law enforcement. But as for economic intervention, there has been none of that.

As Reuters also points out, this brings to mind the “crisis” of the Belgian government from a few years ago, where the country went 589 days without an elected government.

Belgium’s economy didn’t stun anyone in that time period but it pottered along quite happily without that firm smack of government for that year and a half. We do need to have a government, there really are things that have to be done and decided at that level. But it’s not true that direct management of the economy is one of those things. As our two examples show, not having a government might even be beneficial as it reduces the number of things that governments do to prevent the economy tootling along.

What do you know? Without the government constantly inserting themselves into every single little problem, those problems did not turn into massive crises. Who could have predicted that?

The report from Reuters cynically concludes that this idea should catch on, you know, given the fact that it is working, but this is the government we’re talking about here.

If the idea generally caught on then we might start to ponder whether we need quite so much governance or policy making–or governors and policy makers. And that would never do, would it?