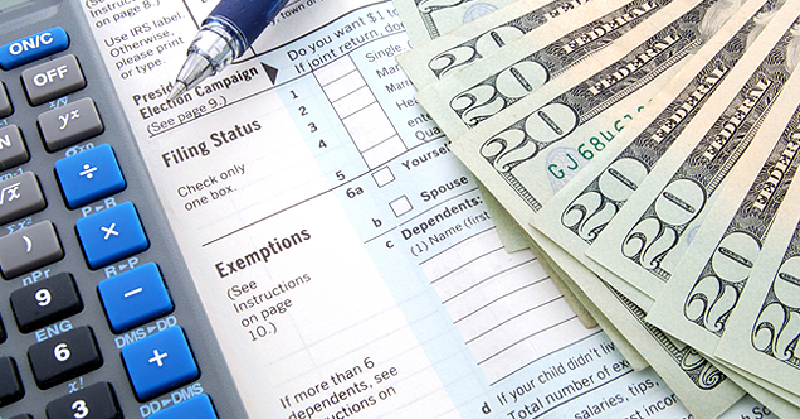 It’s been 101 years since the 16th amendment was ratified, and what a century it has been.

I don’t know about you, but my wallet was feeling the bern today. And for what?

My liberal friends like to argue that they don’t like paying taxes either, but they like roads, schools, police, etc. They act as if we didn’t have roads, schools, and police before the income tax.

If our government only did what was outlined in the Constitution there would be no need for an income tax in the first place. Jefferson observed that “the natural progress of things is for liberty to yeild, and government to gain ground,” and the income tax has only helped fuel that trend.

The following table from Zero Hedge puts things in perspective:

As we noted previously, if you hate taxes, you are far from alone.  According to NBC News, here are some of the things that Americans would rather do than pay taxes…

And the worst part? That’s just one tax.

There are payroll taxes, State taxes, local taxes, sales taxes, gasoline taxes, and sin taxes (alcohol and tobacco), just to name a few. When we look at the tax burden on all levels of government, an even scarier picture arises.

According to usgovernmentspending.com, total government revenue is expected to be 36% of GDP this year. In 1920 (the earliest year after the income tax they had data for), that figure was a measly 13%.

No matter what way you look at it, government is growing, as we’re all footing the bill.