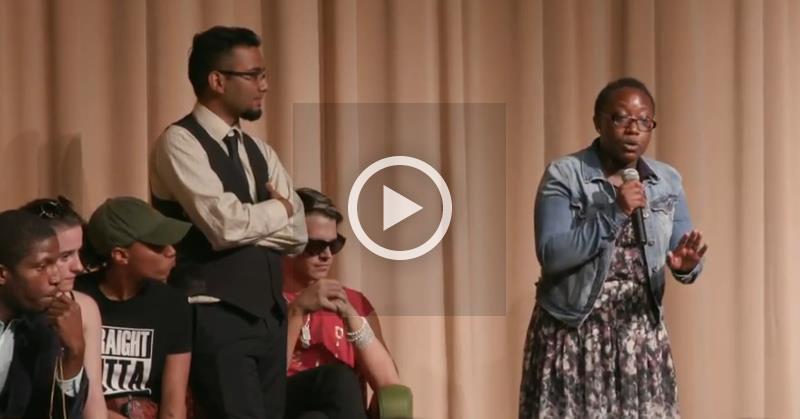 A very brave black woman took a bold stand for free speech this Tuesday after an event being hosted at DePaul University by conservative commentator Milo Yiannopoulos was hijacked by a mob of liberal bullies and thugs.

According to Breitbart, security officials present at the event did absolutely nothing to stop the bullies, even after they reportedly threatened to punch Yiannopoulos. Instead officials just let the progressive fascists run the show.

But then about ten minutes later, something amazing occurred — a black woman took the stage to rebuke the thugs and slam them for their despicable behavior.

“You’re being lazy and disrespectful,” she said to them . “I’m pretty sure your parents didn’t raise you to be disrespectful.”

Try as she might to reason with them, however, her efforts fell on deaf ears, as the thugs responded to her by simply labeling her a racist and white supremacist.

Sadly, yes, to the dolts on the left, being in support of basic concepts like hard work, personal responsibility and free speech make you a rabid white supremacist.

And thus the “protests” continued undeterred, and the event was pretty much cancelled, though a conservative reporter was later arrested …

What a pitiful, pitiful, pitiful display by DePaul University, though the event did serve to convey one very important point — not every minority is a raving liberal lunatic.

Some, such as the woman who took a stand on behalf of free speech this Tuesday, are in reality quite sane and principled!