Because finals are hard, one professor let her students organize an anti-Trump protest instead.

What do you think they chose? Of course: the group project.

And what was the project? A ridiculous and futile protest against Donald Trump and a myriad of what they see as his evil policies.

“This was something that we all got together and said we would express some of the things we don’t like, so a lot of the other people here are protesting things like immigration, immigration ban, women’s rights, things like that,” Alex Corella, a student in Maldonado’s class who participated, told the Arizona Republic.

What did they do? Basically, their “project” was to use markers and paper and create a hand-made sign (it looks a lot like something my 11-year-old could do) that reads “WALL AGAINST HATE!” and they stood in a line near the library.

And hoo-boy, they looked like they were having fun. 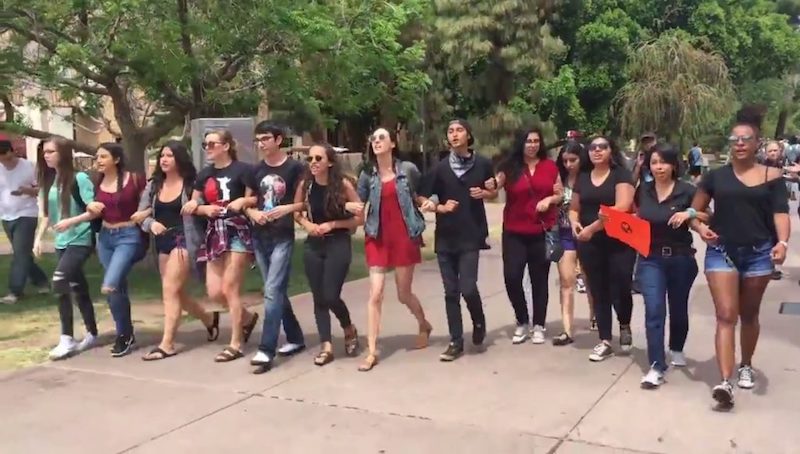 Of course, standing in the middle of a public space and blocking pedestrian traffic is not allowed, so school officials asked them to go somewhere else. They even asked Professor Maldonado directly.

So the students separated – providing about a foot of space so pedestrians could squeeze through. 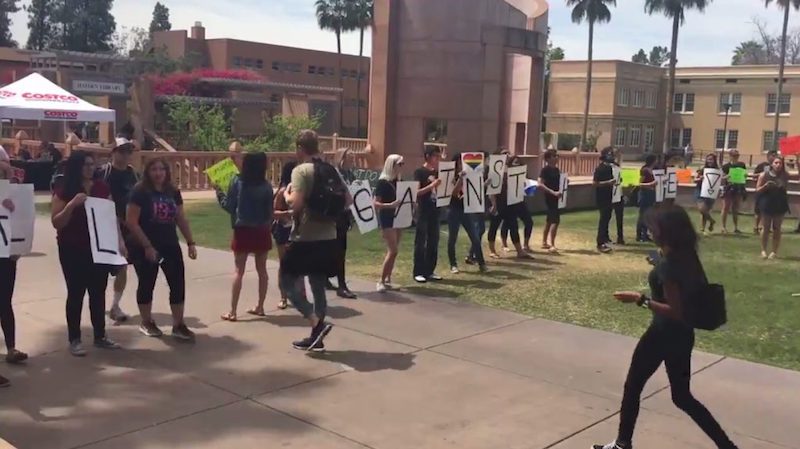 What did the students think of this? Corella spoke for the rest of the students: “This is better than a final,” she said.

And what was the school’s reaction? Not much really. Here’s what they told The Republic:

“As an institution of higher education and an environment that promotes academic freedom, Arizona State University supports the free exchange and expression of ideas. All individuals and groups on campus have the right to express their opinions, whatever those opinions may be, as long as they do not violate student code of conduct and student organization policies and do not infringe on another student’s individual rights. This policy applies to all students.”

What does this mean? It means that at Arizona State University (my alma mater times two, by the way), practically anyone with a Sharpie and some cardboard can get college credit. And that’s sad.