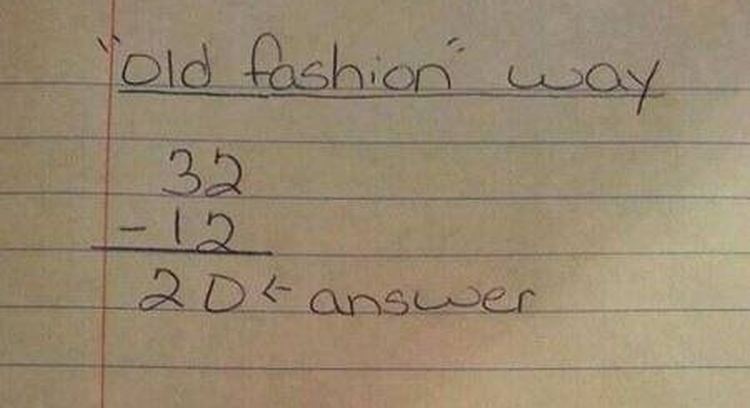 An Iowa woman jokingly calls it “Satan’s handiwork.” A California mom says she’s broken down in tears. A Pennsylvania parent says it “makes my blood boil.” What could be so horrible? Grade-school math.

As schools around the U.S. implement national Common Core learning standards, parents trying to help their kids with math homework say that adding, subtracting, multiplying and dividing has become as complicated as calculus.

They’re stumped by unfamiliar terms like “rectangular array” and “area model.” They wrestle with division that requires the use of squares, slashes and dots. They rage over impenetrable word problems.

Check this math problem solved the “old” way versus the Common Core way: 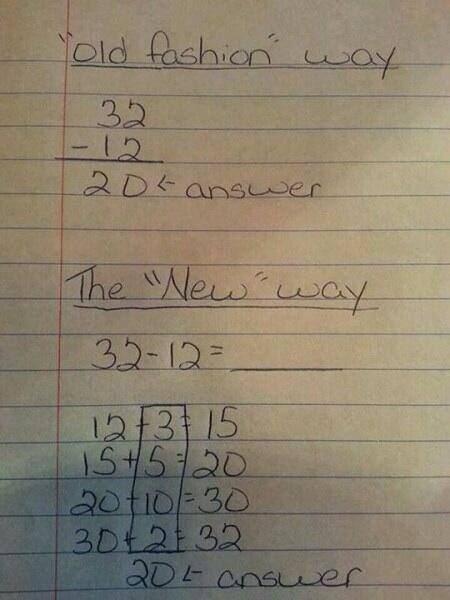 Which way of solving math problems do you think makes the most sense, the “old” way, or the “common core way?