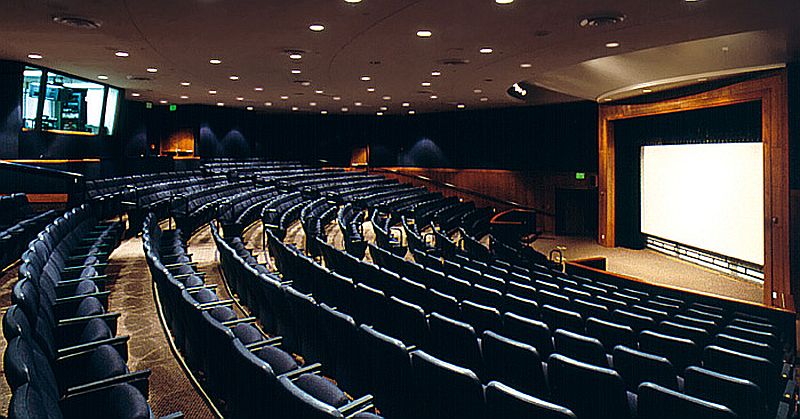 As Donald Trump continues to work his way towards taking the office of the President in January, the Left continues to lose their collective minds over the fact that what they believed could not happen, happened.

Donald Trump won the election, and despite the hashtags of #NotMyPresident and protests and riots, that’s the way it is. Like him or not, he will be President of the United States next year. But the delicate snowflakes just can’t handle the fact of it.

You would think that he was planning to round people up based on their race and put them in internment camps like FDR or something… But that’s none of my business.

Anyways, even if our friends on the Left will not be going to FEMA camp next summer, they’re still absolutely freaking out about Trump’s upcoming Presidency. So much so that the political science department at the University of California Los Angeles is calling an “emergency meeting” of faculty and graduate students to figure out what to do about their alleged impending doom.

As The Daily Caller reported:

College campuses around America have struggled to cope with Trump’s victory. Expulsions have been demanded for students at Babson College who celebrated Trump’s victory, and anti-Trump protests have occurred on multiple campuses, including UCLA.

“It is clear that the unexpected election of Donald Trump and events that have occurred since have left many in our community and particularly many of our undergraduate students deeply anxious, fearful, and despondent,” UCLA political science department chair Jeff Lewis wrote in an email Sunday. He added that there have been reports about physical and verbal assaults on minorities, immigrants, Muslims, and members of gay community following Trump’s victory.

The UCLA professor is calling for “an emergency meeting of all faculty and graduate students” Monday morning. Lewis wrote, “At this meeting, we will come together to discuss and inventory the fears and circumstances that students are facing and the resources available to help those in crisis. We will also discuss how best to constructively respond to students’ questions and concerns and develop some talking points that might, in some cases, be useful in providing reassurance.”

“If this all sounds a bit vague to you, we confess that it is. There is no playbook for this situation. It will have to be a collaborative effort. We are asking for your help,” the UCLA political science department chair continued.

This call for an emergency meeting comes after the student body received an email informing them about available counseling services and places to get psychological help if they couldn’t even.

But it seems even worse than that; they literally can’t even!

The protests, and oftentimes riots, are still sweeping across the country. These people are legitimately afraid about what President Donald Trump will do to minorities, gay people, Muslims, immigrants, etc. with his executive power.

Yet again, they excused every unilateral sweeping order that Obama did during his tenure, so it’s kind of hard to feel empathetic. These people never thought that such unrestrained executive power could one day be used by someone they did not like.

As WikiLeaks so aptly reminded us:

They created a fantasy in their minds that Hillary Clinton had already won, that the march towards their unlimited government socialist utopia would continue. But that is not the case for now.

For at least the next four years, the hopes and dreams of another Clinton presidency are over. And if WikiLeaks has anything more to say about it, they may be dead for good.

But, back to the current day, we see that these people are seriously terrified. What they should be terrified of is not the person alone though, it’s the amount of power that the President now wields. And the office now holds that power because of nearly a decade and a half of abuse by the office holders (yes, Bush abused his power).

What the Left should be asking themselves is not how to deal with the racism and sexism of a Trump administration, but how to limit the power of the President, permanently. And yes, that includes tying the hands of the future Presidents as well. Just because it’s a (insert party affiliation here) President does not mean that abusing power is okay or that it should be excused. Quite the contrary.

Indeed, Trump should not abuse his power, and hopefully there are enough people willing to properly advise the administration on proper Constitutional governance. If he does abuse his power, he should be called out on it.

But is he going to do anything close to what these Leftists are fearing? That I highly doubt (and that’s coming from a non-Trump supporter, for your information).

This kind of fear about Trump supporters becoming violent and oppressive of minorities and gay people and immigrants is simply not true. It’s not, and even Leftist figurehead Michael Moore admitted that. The people that support Trump are not racist people who want to oppress the people with whom they disagree.

They’re people who want to make America great again, and they believed that Donald Trump was the candidate who offered the kind of change needed to reverse the course of deterioration.

Time will tell if he lives up to his promises of making America great again. Hopefully, by that time, the whole country will have collectively calm down enough to the point where rational debate and level heads rule the day, instead of hyper-emotionalized pandering and insulating from reality.