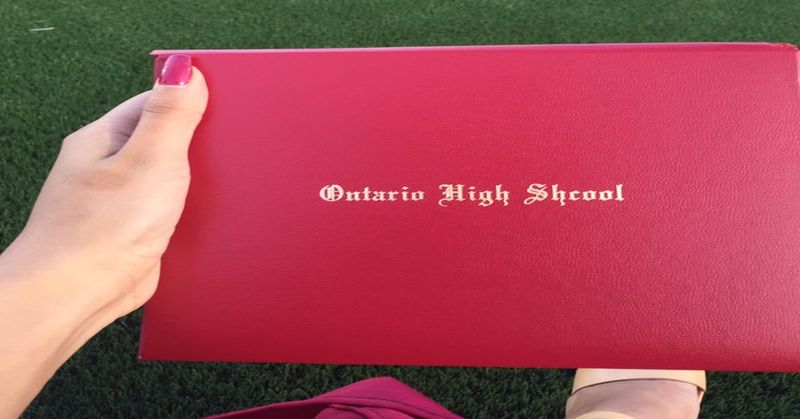 In yet another dispatch from the front lines of dumbed-down America, a California high school finds itself in the news for an embarrassing reason.

Members of the class of 2016 were stunned to discover that they were high “shcool” graduates thanks to the inability of the educational institution to get something as simple as the spelling on their diplomas right.

School officials were quick to put the blame on the company that they had hired to produce the diplomas, a classic example of passing the buck because God forbid that they actually took the time to pay attention to such minor details. Let’s hope that the goof isn’t a reflection of the overall quality of the education that the kids received at Ontario High “Shcool”.

Graduates at a Southern California high school are getting one last laugh before saying goodbye after the school distributed diploma covers with a typo.

A graduating senior at Ontario High School posted a photo to Twitter that shows a diploma cover handed out Thursday with the letters “h” and “c” transposed in the word “school.”
School officials said the misspelling was a printing error made by the graduation products company.

“The principal has informed all Ontario graduates that the company has been contacted and will mail a corrected diploma cover to each graduate along with an apology letter,” Chaffey Joint Union High School District Superintendent Mathew Holton said in a statement.

The diploma covers were distributed to about 550 seniors at a Thursday evening commencement ceremony, school officials said.

Holton added that the Ontario Class of 2016 was the first to graduate in a new stadium on campus with over 5,000 family members and friends in attendance.

The very least that school officials could do is to  have the courtesy to take the time to properly proofread their freaking diplomas.

It’s hardly the start on life that the now former students of Ontario High School needed as they prepare to enter into a world of intense completion for decent jobs in a cutthroat global marketplace that will only become more so once Obamatrade is passed. Some will go on to college where they will be forcibly fed a deranged and intolerant liberal ideology that is ill-suited to prepare them for the rest of their working lives and many will be buried under a crushing burden of debt thanks to having to borrow to pay for their future education.

It’s a vicious circle as the new grads are soon to find out. Many will never make it out of America’s service industry gulag system and considering their geographical location there is the added obstacle of having to compete with low-wage illegal aliens for gainful employment. I suppose that there is some reason for optimism given that California will be phasing in a

$15 an hourminimum wage but that won’t fully go into affect until 2022. It may not be much help then either though as fast food corporations are increasingly moving toward automation in order to avoid the inevitable massive price increases that will be passed onto the customer due to the higher wages.

Congratulations to the Ontario High class of 2016 and good luck, you’re going to need it!

Dumbed Down and Out in Obamastan 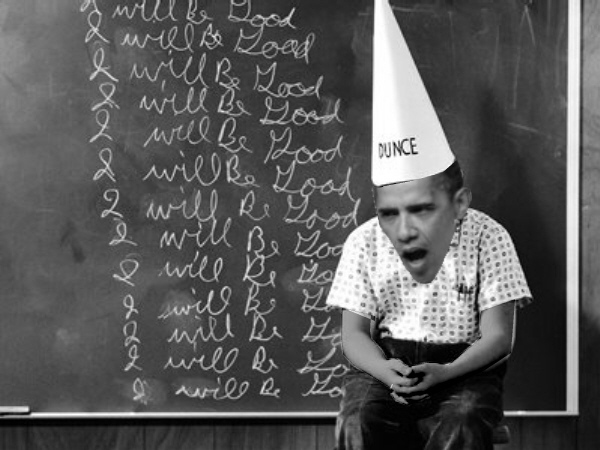