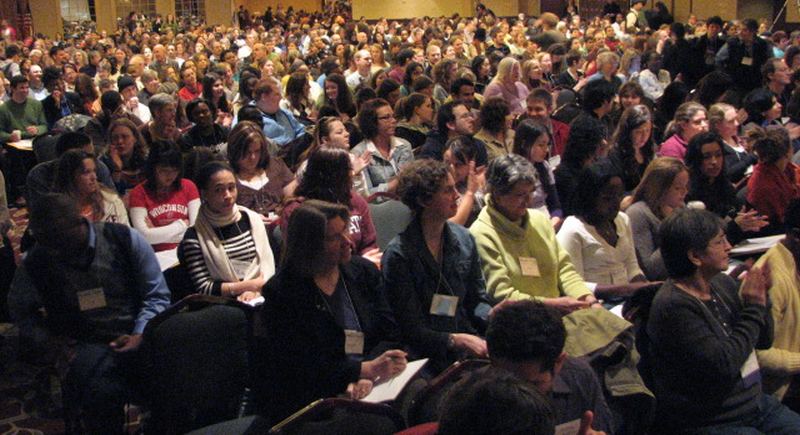 The Pacific Educational Group is an educational entity centered on the concept of “white privilege” with a mission of training educators how to shape programs for minorities.

PEG teaches that minority students do not do as well because the traditional American education is structured around white cultural norms which are foreign for minority students. These cultural norms include, according to PEG, the idea that hard work leads to success, or showing up on time for school. These ideas are supposedly foreign to African-American culture.

Juan Williams, author and journalist, has spoken out against these conclusions, believing they grossly underestimate the capabilities of minorities and disparage black culture.

“These people (associated with PEG) are engaged in cultural, political arguments that are based on negative stereotypes of black capacity to achieve in any situation,” said Williams. “My mother never would have said, ‘You don’t have to be on time. If you are then you are acting white.’ That idea is tragically insulting.”

The shocking part of all of this is how much taxpayer money school districts have spent to send their teachers to workshops and training based on this nonsense.

While some see a value in educators understanding different cultural perceptions of various groups they will likely have as students, many believe PEG crosses the line. The message of the organization seems to be that minorities are incapable of functioning unless the curriculum is specifically customized for them.

Sharon Brittingham, a school principal, told a 2010 PEG organized “white privilege” conference that “When I came here the teachers really did believe that they were doing the best job for the population that they worked with. But what had to change was that belief that these children could learn at high levels of expectations.”

What a patently racist statement. How can someone honestly believe that minority children cannot be expected to learn at the same level of expectation as other children? This statement seems like it would come from the Antebellum South, not the 21st century.

PEG not only advocates children be treated differently based on their physical appearance, it stops just shy of recommending they be segregated.

While it doesn’t state that specifically, it does encourage teachers to identify “focus students” and emphasizes that “it is preferable for all the students to be of the same racial group.”

What programs and groups like this do is reinforce physical differences and teach children that those physical features are indicative of their mental abilities. These so called progressive initiatives are truly retrogressive—they are harking back to a time when people were wholly judged by the color of their skin.

For people to be truly equal, they must be judged as individuals, and assessed based on their merit, not the color of their skin.