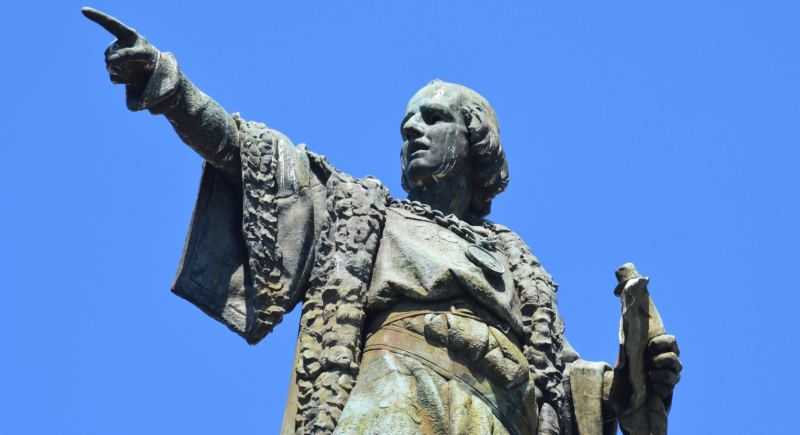 In another example of the out-of-control political correctness that pervades public education, the Seattle School board has voted to replace Columbus day with Indigenous People’s day.

Columbus Day has been an official federal holiday since 1937, but that’s not stopping the Seattle School Board from tweaking it a bit.

In a unanimous decision, the school board on Wednesday passed a resolution requiring public schools to observe “Indigenous Peoples’ Day” on the same day as Columbus Day – the second Monday in October, according to Fox affiliate KCPQ.

The board’s resolution stresses a commitment to promote “Seattle’s American Indian and Indigenous students,” saying that it “recognizes the fact that Seattle is built upon the homelands and villages of the Indigenous Peoples of this region, without whom the building of the City would not have been possible.”

Going a step further, the resolution says the board “has a responsibility to oppose the systematic racism towards Indigenous people in the United States, which perpetuates high rates of poverty and income inequality, exacerbating disproportionate health, education and social crises.”

“We know Columbus Day is a federal holiday,” Matt Remle, supporter of the Indigenous Peoples’ Day designation, told KCPQ. “We are not naive about that, but what we can do, and what you have seen, is a movement.”

We may have seen the last of Columbus Day in Seattle. @RobKIRO7 is live ahead of today’s city vote. #wakeupwithus pic.twitter.com/4B59C7GUZw

Can you say fundamental transformation?

Michelle Obama instructed us in May of 2008:

The “fundamental transformation” of America has been in “progress” for decades, but it has greatly increased in activism since the election of our guilt ridden collectivist president in 2008. These groups throughout America wish to diminish the United States by denouncing all American traditions and American holidays. They wish to condemn the whole of America for the evil acts of the past. These activists do not wish to compete honestly with the American Idea, so they attempt to avoid honest debate on government ideology by damning those men who may have founded or expedited the forming of this great nation.

These activist groups wish for you to throw out the words of our Founders, and our Constitutional Republican government because they exclaim that “America was founded unjustly” and that it was established by “unjust” men—so in turn it must be brought down to size, it must be accused, discredited, and “changed” into a more just society.

These community agitators seek to eliminate the American Idea by using a half truth history which suits their political narrative. These community agitators hope that by saying Columbus was bad, and that our Founders owned slaves—their “followers” will then ignore the critical thinking of actually investigating American Principles —-and what those principles may reveal to them.

This “change” from Columbus Day to “Indigenous Peoples Day”, has nothing to do with “caring” about indigenous people, but has much more to do with damning America—thus “excusing” the need to make it right, and “change” America’s Founding structure for a self governing society into a socialist state where “all” are “equal” in status….

YES—we should know the whole history of Columbus, but I don’t think we should throw the baby out with the bath water because Columbus offends certain groups.

Columbus is a fact of history regardless of what you think of him— and his actions in 1492 are worthy of not only condemnation, but also of recognition.

America is a nation for grown ups—it is not a nation for those offended by words who wish to delete certain people from the consciousnesses of society….