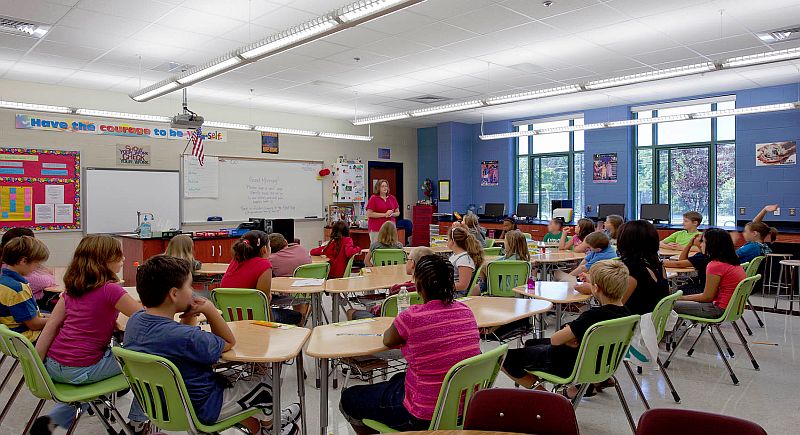 Donald Trump is thinking about blowing up America’s educational system as we know it.

Getting our kids’ education out of the hands of unaccountable Washington bureaucrats and self-serving teachers unions, the President is considering a national tax credit scholarship that would provide working-class families with money they need so their children can attend the private, religious or charger school of their choice.

This would be a first-of-its-kind program that could funnel billions of dollars to families so they wouldn’t be locked into a public school that might be failing.

It’s one of several tax credit proposals under review by the White House to fulfill President Trump’s campaign promise to promote the expansion of charger schools and vouchers, Politico is reporting.

During a recent meeting with parents and teachers at the White House, Trump said he wants “every single disadvantaged child in America, no matter what their background or where they live, to have a choice about where they go to school.”

But there are critics on both sides of the political spectrum. Public school advocates say these tax credits are merely a voucher in disguise and would take tax dollars from struggling public schools.

“The end result is the same — federal tax dollars going to private schools,” said Sasha Pudelski, assistant director for policy and advocacy at AASA, The School Superintendents Association, who called the program “a backdoor voucher.”

“It’s just done through a more complex and less direct mechanism,” she said.

On the right, critics say it would increase the federal role in education and force states to standardize state tax credit program, many of which allow non-profits to prioritize a particular type of school.

Details of how the Trump administration might structure the plan remain unknown. But sources close to the discussions who were not authorized to speak publicly say the program might be capped at a level as high as $20 billion, and resemble legislation first introduced by Republicans Sen. Marco Rubio of Florida and Rep. Todd Rokita of Indiana in 2013, called the Educational Opportunities Act.

That bill, which has never passed either chamber, would have created a federal tax credit of up to $4,500 for individuals and up to $100,000 for corporations that make donations to nonprofit “scholarship-granting organizations,” or SGOs. Those organizations would award the funds to low-income students, who could use the money to attend private schools, including those run by religious groups.

Newly-minted Education Secretary Betsy DeVos praised the bill in 2015 when it was reintroduced and she was chair of the American Federation for Children.

“There’s no single domestic issue more pressing than fixing our nation’s antiquated education system and the Educational Opportunities Act will empower parents throughout the country to have access to quality educational options that are otherwise out of reach,” she said.