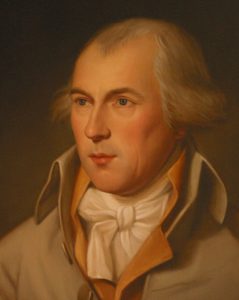 “No man is allowed to be a judge in his own cause, because his interest would certainly bias his judgment, and, not improbably, corrupt his integrity.

James Madison, , Federalist No. 10, “The Utility of the Union as a Safeguard Against Domestic Faction and Insurrection (continued),”  Daily Advertiser, November 22, 1787