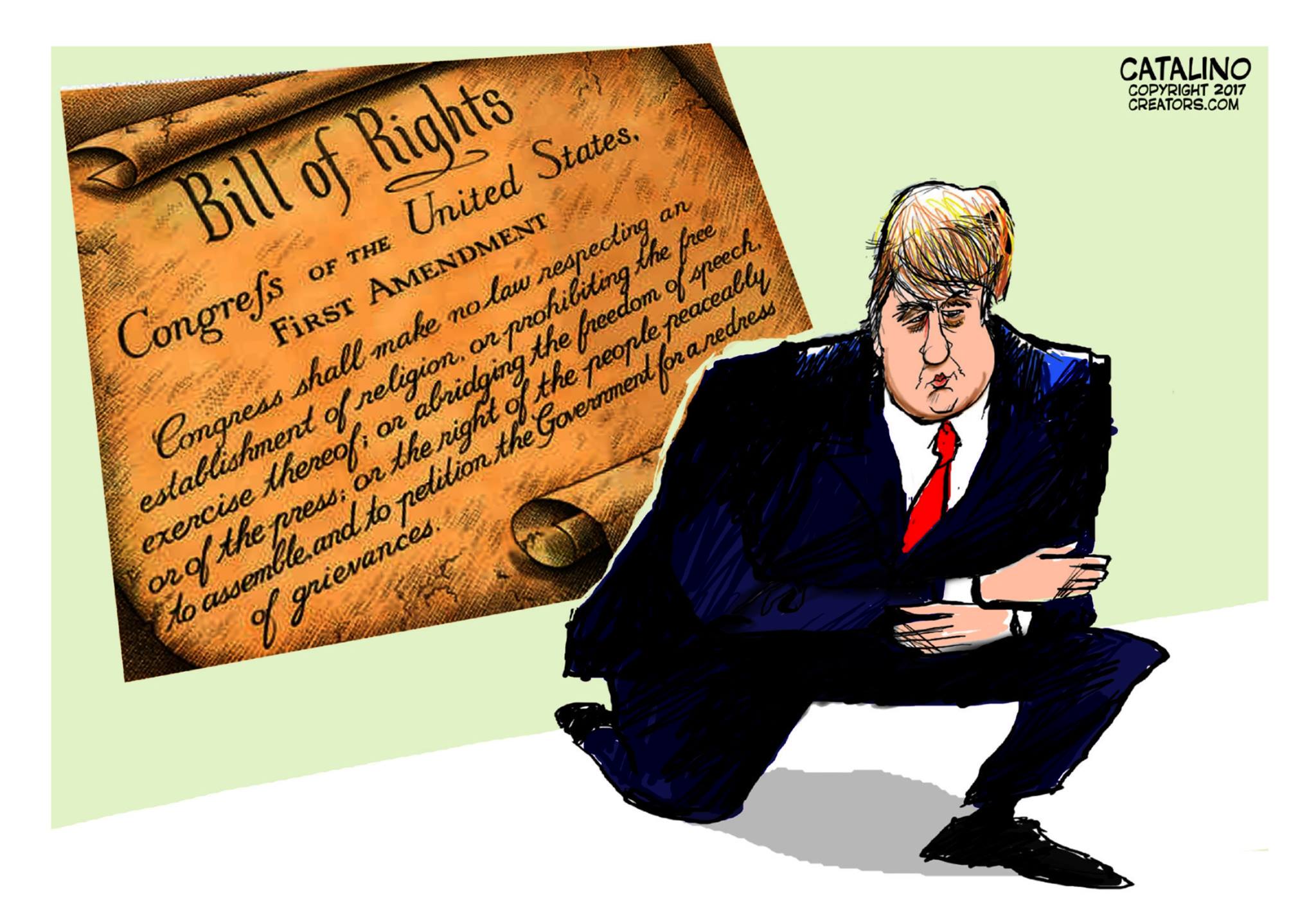 The only thing being talked about at the water cooler this past Monday wasn’t the scores of any football games or the great plays that may have been made, it was the ridiculous behavior of some of the players who decided to take a knee during the National Anthem.

The whole “take a knee” idiocy started last year when former NFL player Colin Kaepernick decided to kneel during the National Anthem while on the San Francisco 49ers to support the leftist organization Black Lives Matter.

The controversy that came out of that was pretty strong; a majority of Americans were disgusted. Very few other players had joined him on any other teams until this past weekend.

Why now? Because President Donald Trump commented at a rally in Alabama that he’d fire the “sons of b*tches” who took a knee during the National Anthem.

Trump probably shouldn’t have made those comments, since it’s not his place to comment on the business of private enterprises or their employees (just like Barack Obama should have kept his mouth shut in similar matters), but he didn’t. He essentially said what many Americans were thinking.

As a result, around 17% of players from various NFL teams, with permission from their coaches and owners, decided to take a knee during the National Anthem over the weekend, infusing their politics (they probably don’t even have a damn clue what they are actually protesting) into entertainment.

The teeny brain cells of the collective left lost their minds by claiming Trump is against the First Amendment. Of course, the dumber-than-rocks left wingers, who actually abhor the First Amendment when you disagree with them, don’t grasp that employees on the job lose their First Amendment rights the minute they walk through their employer’s door.

When an employee is on the clock and representing the interests of his or her employer, they do not have the right to say whatever they want without the consequences of getting fired. Period.

The NFL players not only showed extremely poor taste in their little protest for an organization that is nothing but a front for Marxism, but they p*ssed off a lot of Americans who don’t want to see politics in football.

Millions of people watch the game for the game, because for a few measly hours a week, it lets them forget about work, life, and politics, all while supporting their favorite team.

Yes, it’s just a dumb sport, but it’s loved by millions who support the game and the players by spending billions of dollars every year.

It doesn’t really matter how you feel about the anthem or the flag. These tools should keep their politics out of football and outside of their workplace. If they want to protest, they have that ability as soon as they step off the field.

They didn’t. They are full of crap. They don’t even know what the hell they were supposed to be protesting.

They have now alienated millions of people who will no longer support they or their teams.

The NFL is an organization that fines players for too much of a victory dance when they score a touchdown, but they gave them permission to protest during the National Anthem?

There are consequences when you allow your employers to infuse their politics into the workplace. The NFL already found that out after Kaepernick and other incidents when their ratings fell by 20 or 30%. They’re going to find out even more now when their slumping ratings fall even further and their revenues don’t quite add up to what they forecast.

Good riddance. As a lifelong fan of the New England Patriots, this writer will no longer support a team who chooses to allow their players to infuse their politics into entertainment that fans are paying for.

Your First Amendment rights can be practiced off the field, just like everyone else practices theirs outside of their workplace.

As usual, the left gets this one wrong.