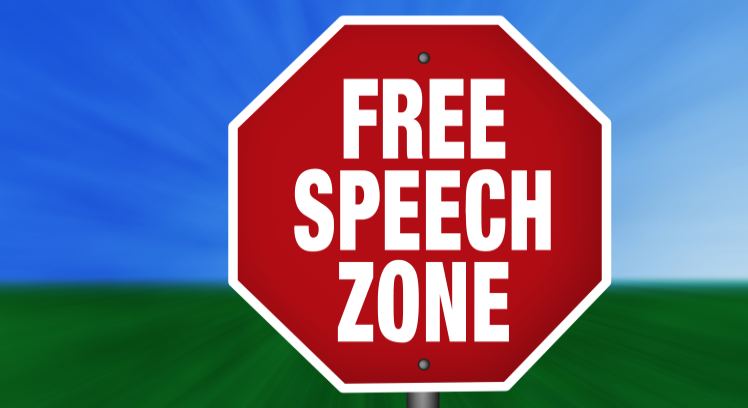 Creation of free speech zones seems to be a growing trend and seem to be in direct violation of the First Amendment.

When protesters arrived in Bunkerville last week to join rancher Cliven Bundy’s battle against the federal government, they came angry.

They were angry about how the Bureau of Land Management was treating Bundy and his family, whose cattle feeding on public land were being rounded up because of his refusal to pay grazing fees over a 20-year period.

But many of them seemed even more upset about what they saw as the trampling of their First Amendment right to free speech.

Some First Amendent supporters say the “free speech zones” like the ones the BLM set up — and later dismantled after public outrage — are intended to stifle rather than encourage debate. The federal land agency said that all other areas in the 1,200-square-mile Gold Butte closure area were off-limits to people for stating their opinions.

Regardless of the purpose, advocates say such zones are an inappropriate infringement of free speech.

“I think to have an unelected bunch of BLM bureaucrats determining where American citizens can exercise their right to free speech is an abomination,” said Janine Hansen, a member of Nevada’s Independent American Party and a candidate for Congress.

“It’s a continuation of the violation of our basic Constitutional rights by bureaucrats who are not accountable to any elected official,” she said.

Samantha Harris, director of policy research for the Foundation for Individual Rights in Education, worked with the American Civil Liberties Union of Nevada and University of Nevada, Reno students to implement a more expansive free speech policy at the campus several years ago.

What do you think of “free speech zones?”