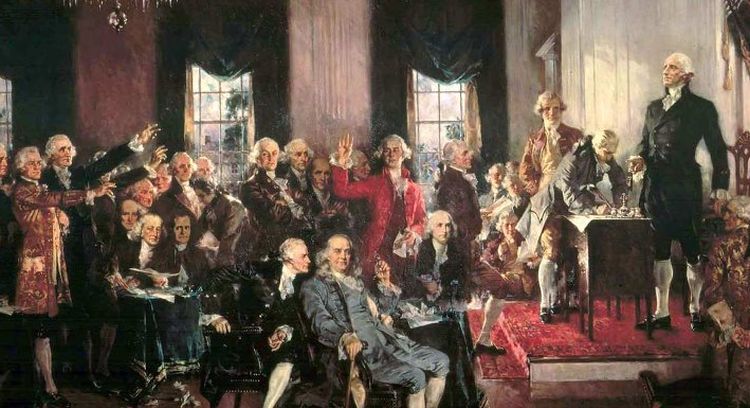 “A wise and frugal government… shall restrain men from injuring one another, shall leave them otherwise free to regulate their own pursuits of industry and improvement, and shall not take from the mouth of labor the bread it has earned. This is the sum of good government.”

“A people… who are possessed of the spirit of commerce, who see and who will pursue their advantages may achieve almost anything.”

“Government is instituted to protect property of every sort; as well that which lies in the various rights of individuals, as that which the term particularly expresses. This being the end of government, that alone is a just government which impartially secures to every man whatever is his own.”

“To take from one, because it is thought his own industry and that of his fathers has acquired too much, in order to spare to others, who, or whose fathers, have not exercised equal industry and skill, is to violate arbitrarily the first principle of association, the guarantee to everyone the free exercise of his industry and the fruits acquired by it.”

#5 — John Adams, A Defense of the Constitutions of Government of the United States of America, 1787

“The moment the idea is admitted into society that property is not as sacred as the laws of God, and that there is not a force of law and public justice to protect it, anarchy and tyranny commence. If ‘Thou shalt not covet’ and ‘Thou shalt not steal’ were not commandments of Heaven, they must be made inviolable precepts in every society before it can be civilized or made free.”

“I place economy among the first and most important virtues, and public debt as the greatest of dangers to be feared. To preserve our independence, we must not let our rulers load us with perpetual debt. If we run into such debts, we must be taxed in our meat and drink, in our necessities and in our comforts, in our labor and in our amusements.”

“If we can but prevent the government from wasting the labours of the people, under the pretence of taking care of them, they must become happy.”

“All the perplexities, confusion and distress in America arise not from defects in the Constitution or Confederation, not from a want of honor or virtue so much as from downright ignorance of the nature of coin, credit and circulation.”

“And I sincerely believe, with you, that banking establishments are more dangerous than standing armies; and that the principle of spending money to be paid by posterity, under the name of funding, is but swindling futurity on a large scale.”