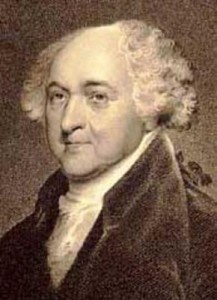 All sober inquirers after truth, ancient and modern, pagan and Christian, have declared that the happiness of man, as well as his dignity, consists in virtue. Confucius, Zo- roaster, Socrates, Mahomet, not to mention authorities really sacred, have agreed in this.

If there is a form of government, then, whose principle and foundation is virtue, will not every sober man acknowledge it better calculated to promote the general happiness than any other form?

Fear is the foundation of most governments; but it is so sordid and brutal a passion, and renders men in whose breasts it predominates so stupid and miserable, that Americans will not be likely to approve of any political institution which is founded on it.

Honor is truly sacred, but holds a lower rank in the scale of moral excellence than virtue. Indeed, the former is but a part of the latter, and consequently has not equal pretensions to support a frame of government productive of human happiness.