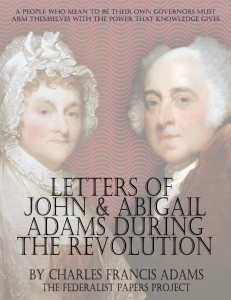 “The Letters of John and Abigail Adams” provides an insightful record of American life before, during, and after the Revolution; the letters also reveal the intellectually and emotionally fulfilling relationship between John and Abigail that lasted fifty-four years and withstood historical upheavals, long periods apart, and personal tragedies.

Covering key moments in American history-the Continental Congress, the drafting of the Declaration of Independence, the Revolutionary War, and John Adams’s diplomatic missions to Europe-the letters reveal the concerns of a couple living during a period of explosive change, from smallpox and British warships to raising children, paying taxes, the state of women, and the emerging concepts of American democracy.