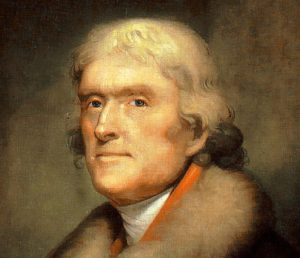 — Uncertain whether you might be at New York at the moment of Colo. Franks’s arrival, I have inclosed my private letters for Virginia under cover to our delegation in general, which otherwise I would have taken the liberty to inclose particularly to you, as best acquainted with the situation of the persons to whom they are addressed. Should this find you at New York, I will still ask your attention to them. The two large packages addressed to Colo. N. Lewis contain seeds, not valuable enough to pay passage, but which I would wish to be sent by the stage, or any similar quick conveyance.

The letters to Colo. Lewis & Mr. Eppes (who take care of my affairs) are particularly interesting to me. The package for Colo. Richd. Cary our judge of Admiralty near Hampton, contains seeds & roots, not to be sent by Post. Whether they had better go by the stage, or by water, you will be the best judge. I beg your pardon for giving you this trouble. But my situation & your goodness will I hope excuse it. In my letter to Mr. Jay, I have mentioned the meeting of the Notables appointed for the 29th inst. It is now put off to the 7th or 8th of next month. This event, which will hardly excite any attention in America, is deemed here the most important one which has taken place in their civil line during the present century.

Some promise their country great things from it, some nothing. Our friend de La Fayette was placed on the list originally. Afterwards his name disappeared; but finally was reinstated. This shews that his character here is not considered as an indifferent one; and that it excites agitation. His education in our school has drawn on him a very jealous eye from a court whose principles are the most absolute despotism. But I hope he has nearly passed his crisis. The King, who is a good man, is favorably disposed towards him: & he is supported by powerful family connections, & by the public good will. He is the youngest man of the Notables except one whose office placed him on the list.

The Count de Vergennes has within these ten days had a very severe attack of what is deemed an unfixed gout. He has been well enough however to do business to-day. But anxieties for him are not yet quieted. He is a great & good minister, and an accident to him might endanger the peace of Europe.

The tumults in America, I expected would have produced in Europe an unfavorable opinion of our political state. But it has not. On the contrary, the small effect of these tumults seems to have given more confidence in the firmness of our governments. The interposition of the people themselves on the side of government has had a great effect on the opinion here. 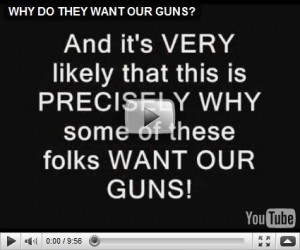 I am persuaded myself that the good sense of the people will always be found to be the best army. They may be led astray for a moment, but will soon correct themselves. The people are the only censors of their governors: and even their errors will tend to keep these to the true principles of their institution. To punish these errors too severely would be to suppress the only safeguard of the public liberty.

The way to prevent these irregular interpositions of the people is to give them full information of their affairs thro’ the channel of the public papers, & to contrive that those papers should penetrate the whole mass of the people. The basis of our governments being the opinion of the people, the very first object should be to keep that right; and were it left to me to decide whether we should have a government without newspapers or newspapers without a government, I should not hesitate a moment to prefer the latter. But I should mean that every man should receive those papers & be capable of reading them.

I am convinced that those societies (as the Indians) which live without government enjoy in their general mass an infinitely greater degree of happiness than those who live under the European governments. Among the former, public opinion is in the place of law, & restrains morals as powerfully as laws ever did anywhere. Among the latter, under pretence of governing they have divided their nations into two classes, wolves & sheep. I do not exaggerate.

This is a true picture of Europe. Cherish therefore the spirit of our people, and keep alive their attention. Do not be too severe upon their errors, but reclaim them by enlightening them. If once they become inattentive to the public affairs, you & I, & Congress & Assemblies, judges & governors shall all become wolves. It seems to be the law of our general nature, in spite of individual exceptions; and experience declares that man is the only animal which devours his own kind, for I can apply no milder term to the governments of Europe, and to the general prey of the rich on the poor.

The want of news has led me into disquisition instead of narration, forgetting you have every day enough of that. I shall be happy to hear from you sometimes, only observing that whatever passes thro’ the post is read, & that when you write what should be read by myself only, you must be so good as to confide your letter to some passenger or officer of the packet. I will ask your permission to write to you sometimes, and to assure you of the esteem & respect with which I have honour to be Dear Sir