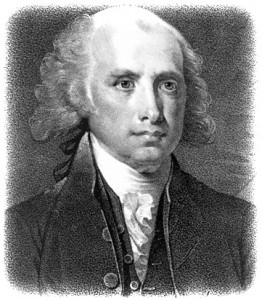 Although the actual posture of the subject before the Committee might admit a full survey of it, it is not my purpose, in rising, to enter into the wide field of discussion, which has called forth a display of intellectual resources and varied powers of eloquence, that any country might be proud of, and which I have witnessed with the highest gratification.

Having been, for a very long period, withdrawn from any participation in proceedings of deliberative bodies, and under other disqualifications now of which I am deeply sensible, though perhaps less sensible than others may perceive that I ought to be, I shall not attempt more than a few observations, which may suggest the views I have taken of the subject, and which will consume but little of the time of the Committee, become precious.

These rights cannot well be separated. The personal right to acquire property, which is a natural right, gives to property, when acquired, a right to protection, as a social right. The essence of Government is power; and power, lodged as it must be in human hands, will ever be liable to abuse. In monarchies, the interests and happiness of all may be sacrificed to the caprice and passions of a despot. In aristocracies, the rights and welfare of the many may be sacrificed to the pride and cupidity of the few. In republics, the great danger is, that the majority may not sufficiently respect the rights of the minority. Some gentlemen, consulting the purity and generosity of their own minds, without adverting to the lessons of experience, would find a security against that danger, in our social feelings; in a respect for character; in the dictates of the monitor within; in the interests of individuals; in the aggregate interests of the community. But man is known to be a selfish, as well as a social being.

Respect for character, though often a salutary restraint, is but too often overruled by other motives. When numbers of men act in a body, respect for character is often lost, just in proportion as it is necessary to control what is not right. We all know that conscience is not a sufficient safe-guard; and besides, that conscience itself may be deluded; may be misled, by an unconscious bias, into acts which an enlightened conscience would forbid. As to the permanent interest of individuals in the aggregate interests of the community, and in the proverbial maxim, that honesty is the best policy, present temptation is often found to be an overmatch for those considerations. These favourable attributes of the human character are all valuable, as auxiliaries; but they will not serve as a substitute for the coercive provision belonging to Government and Law.

They will always, in proportion as they prevail, be favourable to a mild administration of both: but they can never be relied on as a guaranty of the rights of the minority against a majority disposed to take unjust advantage of its power. The only effectual safeguard to the rights of the minority, must be laid in such a basis and structure of the Government itself, as may afford, in a certain degree, directly or indirectly, a defensive authority in behalf of a minority having right on its side.

To come more nearly to the subject before the Committee, viz.: that peculiar feature in our community, which calls for a peculiar division in the basis of our government, I mean the coloured part of our population. It is apprehended, if the power of the Commonwealth shall be in the hands of a majority, who have no interest in this species of property, that, from the facility with which it may be oppressed by excessive taxation, injustice may be done to its owners. It would seem, therefore, if we can incorporate that interest into the basis of our system, it will be the most apposite and effectual security that can be devised. Such an arrangement is recommended to me by many very important considerations. It is due to justice; due to humanity; due to truth; to the sympathies of our nature; in fine, to our character as a people, both abroad and at home, that they should be considered, as much as possible, in the light of human beings, and not as mere property. As such, they are acted upon by our laws, and have an interest in our laws. They may be considered as making a part, though a degraded part, of the families to which they belong.

If they had the complexion of the Serfs in the North of Europe, or of the Villeins formerly in England; in other terms, if they were of our own complexion, much of the difficulty would be removed. But the mere circumstance of complexion cannot deprive them of the character of men. The Federal number, as it is called, is particularly recommended to attention in forming a basis of Representation, by its simplicity, its certainty, its stability, and its permanency. Other expedients for securing justice in the case of taxation, while they amount in pecuniary effect, to the same thing, have been found liable to great objections: and I do not believe that a majority of this Convention is disposed to adopt them, it they can find a substitute they can approve. Nor is it a small recommendation of the Federal number, in my view, that it is in conformity to the ratio recognized in the Federal Constitution. The cases, it is true, are not precisely the same, but there is more of analogy than might at first be supposed. If the coloured population were equally diffused through the State, the analogy would fail; but existing as it does, in large masses, in particular parts of it, the distinction between the different parts of the State, resembles that between the slave-holding and non-slave-holding States: and, if we reject a doctrine in our own State, whilst we claim the benefit of it in our relations to other States, other disagreeable consequences may be added to the charge of inconsistency, which will be brought against us. If the example of our sister States is to have weight, we find that in Georgia, the Federal number is made the basis of Representation in both branches of their Legislature; and I do not learn, that any dissatisfaction or inconvenience has flowed from its adoption. I wish we could know more of the manner in which particular organizations of Government operate in other parts of the United States. There would be less danger of being misled into error, and we should have the advantage of their experience, as well as our own. In the case I mention, there can, I believe, be no error. Whether, therefore, we be fixing a basis of Representation, for the one branch or the other of our Legislature, or for both, in a combination with other principles, the Federal ratio is a favourite resource with me. It entered into my earliest views of the subject, before this Convention was assembled: and though I have kept my mind open, have listened to every proposition which has been advanced, and given to them all a candid consideration, I must say, that in my judgment, we shall act wisely in preferring it to others, which have been brought before us. Should the Federal number be made to enter into the basis in one branch of the Legislature, and not into the other, such an arrangement might prove favourable to the slaves themselves. It may be, and I think it has been suggested, that those who have themselves no interest in this species of property, are apt to sympathise with the slaves, more than may be the case with their masters; and would, therefore, be disposed, when they had the ascendancy, to protect them from laws of an oppressive character, whilst the masters, who have a common interest with the slaves, against undue taxation, which must be paid out of their labour, will be their protectors when they have the ascendancy.

The Convention is now arrived at a point, where we must agree on some common ground, all sides relaxing in their opinions, not changing, but mutually surrendering a part of them. In framing a Constitution, great difficulties are necessarily to be overcome; and nothing can ever overcome them, but a spirit of compromise. Other nations are surprised at nothing so much as our having been able to form Constitutions in the manner which has been exemplified in this country. Even the union of so many States, is, in the eyes of the world, a wonder; the harmonious establishment of a common Government over them all, a miracle. I cannot but flatter myself, that without a miracle, we shall be able to arrange all difficulties. I never have despaired, notwithstanding all the threatening appearances we have passed through. I have now more than a hope — a consoling confidence, that we shall at last find, that our labours have not been in vain.