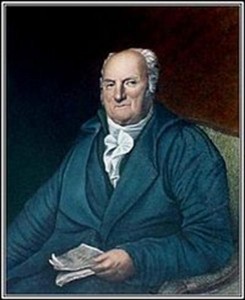 Soon as we Declare for Independency, every prospect of Peace must Vanish.  Ruthless War, with all its aggravated horrors, will ravage our once happy land; Our Sea Coasts & Ports will be ruined & our ships taken as Pirates; Torrents of Blood be split, & thousands reduced to beggary & wretchedness. This Melancholy contest would [torn] till one Side Conquered. Supposing Britton Victorious; however high my opinion of British Generosity, I should be exceeding sorry to Receive terms from her, in the haughty tone of A Conqueror-Or-Supposing Such A failure of her manufactories, Commerce & Strength, that Victory should incline to the Side of America, yet who Can Say in that Case what extremities her Sense of Resentment & self-Preservation will Drive G. B. to?

For my part I should not in the least be Surprised if on Such A prospect, as the Independency of America, She would parcel out this Continent to the Different European Powers. Canada might be restored to France, Florida to Spain, with additions to each. Other States might also come in for a portion. Let no [torn] think this empty or improbable, the Independency of America would be so fatal to Britons, that she would leave nothing in her Power to prevent it. I believe as firmly as I do my own existence that if every other Method failed, she would try Some Such expedient as this, to disconcert our Scheme of Independence and let any Man figure for himself the Situation of these British Colonies, if only Canada were Restored to France.

But supposing once more that we were able to Cut off every Regiment that Britain Can Spare, or hire, & to destroy every Ship she can send; that we could eat off any other European Power, that would presume to intrude upon the Continent. Yet A Republican form of Government would neither Suit the Genius of the People nor the Extent of America.

In nothing is the Wisdom of the Legislator more Conspicuous than in adapting his form of Government to the Genius, Manners, Dispositions & other Circumstances of the People with whom he is Concerned. If this important [torn] is overlooked, Confusion will ensue, his System will sink into Neglect & Ruin; what Checks or Barriers may be interposed, Nature will always surmount them, & finally prevail. The Americans are properly Britons; they have the manners, habits, & Ideas of Britons, & have been accustomed to A Similar form of Government. But Britons Could never bear the extremes, either of Monarchy or Republicanism. Some of their Kings have Aimed at Despotism, but always failed. Repeated Efforts have been made towards Democracy, and they equally failed. Once indeed Republicanism triumphed over the Constitution,’ the Despotism of One person ensued; both were finally expelled. The inhabitants of Great Britain were equally anxious for the Restoration of Royalty in the year 1660, as they were for its expulsion in 1642. 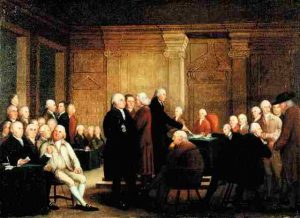 Limited Monarchy is the form of Government which is most favorable to Liberty, which is best adapted to the Genius & Temper of Britons; although here & there amongst us, A Crack Brain Zealot for Democracy or Absolute Monarchy may be Sometimes founds America is too unwieldy for the Feeble Dilatory Administration of Democracy. Rome had the most extensive Dominions of any Ancient Republic, but it should be Remembered that very Soon after the [illegible] Conquest, Carried the Romans beyond the Ancient Limits that were proportioned to their Constitution, they fell under A Despotic yoke. A very few years had elapsed from the time of their Conquering Greece, & first entering Asia, till the Battle of Pharsallia, where Julius Cesar put an end to the Liberties of his Country. And Depend upon it America will not be long without A Julius Cesar, and Consider what Deluges of Blood must fix A Julius Cesar in America.

Holland is the most Considerable Republic in Europe at Present yet the Small Kingdom of Ireland is more than twice as large as the Holland indeed has Considerable Colonies in the East & West Indies, but they are under as Rigid and Arbitrary Administration, as any Colonies of France & Spain.  Holland is mentioned by our warm advocates for Independence as A pattern for us to follow, as if that were the only Land of Liberty, Crowned with every Blessing, and exempt from every evil. But, hear an Undeniable truth: the National Debt of Holland is much greater in proportion than that of England, the Taxes in Holland exceed not only those in England but even those in France, inasmuch I Scarcely know anything they have which has Escaped Taxation, except the Air they Breathe. Nay more the People at Large have no Voice in Choosing the Members of their Several Senates, as We have in Choosing Representatives; the Members of each Senate upon any Vacancy, Elect new Members and the Deputies from those Senates Constitute the States General, So that in fact the People have no Share in the Government, as with us. They have nothing to do but pay and Grumble. Yet this is the Country held up for imitation, and if we were to follow it, I have no Doubt; we should soon resemble them in paying Taxes too great to be born, as well as in every other matter.

In Short let us imagine for A Moment that an American Republic is formed, every Obstacle Surmounted; A Very Serious article yet Remains to be inquired into, VIZ: Expense Necessary to Support it. It behooves those who have any property to think of this part of the Business. It would be impossible to ascertain with any kind of Accuracy the expense that would be Necessary for the Support of this New Republic. It would be very great undoubtedly; it would appear intolerable to the Americans who have hitherto paid so few Taxes. I think on A Moderate Computation it would amount in Ships, Building, Rigging, Ammunitions, Men & Provisions, & a Land Army, with the Necessaries thereto, will amount to perhaps Two Millions, Five Hundred Thousand Pounds, the Interest of which must be Sunk Annually, and According to the best accounts of the Number of People grown to Maturity on the Continent ’twill amount to A Tax of 30 £ Sterling A head. A very Respectable Sum only the annual Interest, but if the Principal is ever to be Sunk Must be Greater. With the expense the Continent has already been at, and the paper Money now outstanding in provincial Currency, the Annual Tax on heads Cannot be less than 50.0£ Sterling on each head, And we are to Consider how few heads pay the Burdon of the Taxes. I don’t think I have rated this expense too high, and were the Trial made; I verily believe the expense would be much greater. And where the Money is to Come from that is to Defray this enormous expense, I know not, Unless Some of our Warm ones for independency, have Discovered the Philosophers Stone, by which Iron & other Base Metals, May be Transmuted into Gold. Certain I am that our Commerce & Agriculture the two principal Sources of our Wealth, will not Support such an expense. But here it may be said, that all the evils above specified, are more tolerable than Slavery. With this Sentiment I Sincerely agree. Any hardships however great are preferable to Slavery. But then I ask, is there no other Alternative in the present Case? Is there no Choice left us but Slavery, or those evils? I am Confidant there is, & that both may be equally avoided. Let us only Show A Disposition to Treat, or Negotiate in Earnest, and if once properly Began, there is A Moral Certainty, that this Unhappy Dispute will be Settled to the Mutual Satisfaction and Interest of both Countries. For my part I have not the least Doubt of it, Provided we Steer Clear in every Shape of an Independency and Show A Disposition for Peace.

I Shall further observe, though’ it may be of Dangerous Consequences, that the Continental Congress were not Delegated by the People with any View to alter the present Constitution, nor Declare, nor even to Recommend a Separation from GB [Great Britain]. I have ever held that unlimited Power will end in Tyranny, and from the first of this unhappy Dispute, Blamed the people for Establishing a Set of men to Rule over us with unlimited Power. On Such A plan is the Continental Congress Established, and their Authority so great, and the People have foolishly made it high Treason, to speak anything Contrary to the order of Congress. Yet I am determined to oppose any Arbitrary Measure that shall be attempted to be laid on us, Whether by Monarchy, or Democracy. I may perhaps suffer for my freedom of Speech. But let me tell you, any Infringement on the Liberty of an Individual, is in Effect A Violation of the Liberty of the Whole Community. Therefore I Sincerely Wish every Member of Society would Stand forth in the Defense of his Liberty, against every invader thereof, and not Consent to the Congress’s Declaration of Independency, Until the General Voice of the People Can be taken, without which they have no more Right to Declare it, than they have to Establish the Pretender to the Crown of Great Britain, absolute Monarch of America.

I declare these to be my Sentiments and am humbly of Opinion nothing I have offered but what Breathes the true Spirit of Liberty. If any Member here or any other person, has anything to offer against what I have advanced, he has my Liberty freely to Declare it, and if they are more in favor of Liberty than What I have offered, Shall Stand Convicted, and Cheerfully Subscribe to his Sentiments.

My most ardent Wish next to future happiness, is to See Tranquility Restored to America, our Liberty’s, Properties, & Trade Settled on A Firm, Generous, & Constitutional plan, so that Neither of the Former should be invaded, nor the latter impoliticly or unjustly Restrained, that in Consequence of this A perfect Reconciliation With G. Britain Established & Union formed, by which both Countries, Supporting & Supported by Each other, might Rise to eminence & Glory, And be the Admiration of Mankind, till time be no more.

In Such a Plan the Real Interest of America is Indubitably to be Sought, And Could my influence avail, there would not be A Dissenting Voice in the Colonies. All would Unite as One Man and use every Effort to have such A plan Speedily Settled.