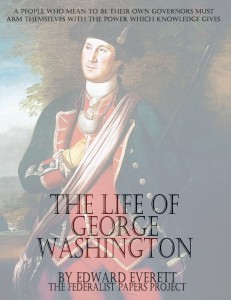 In the sixty-six years between the birth of George Washington and his death, the condition of his country had dramatically changed. He was born on the frontier of a colony, itself insignificant in the empire of Great Britain. He died the first man in a nation which owed to him more than it owed to any other man.

Fortunately he left collections of his own letters and diaries from which we may see what were the real characteristics from which sprang his remarkable power.  The reader will see that George Washington was emphatically a man of the people, who grew up in the midst of the people and understood them well.