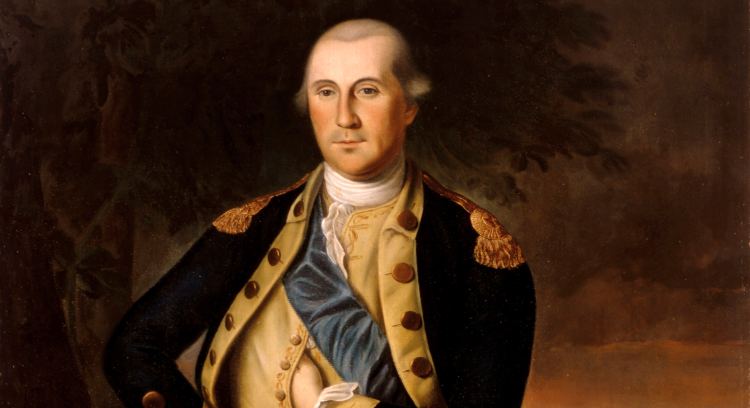 The time is now near at hand which must probably determine whether Americans are to be freemen or slaves; whether they are to have any property they can call their own; whether their houses and farms are to be pillaged and destroyed, and themselves consigned to a state of wretchedness from which no human efforts will deliver them. The fate of unborn millions will now depend, under God, on the courage and conduct of this army. Our cruel and unrelenting enemy leaves us only the choice of brave resistance, or the most abject submission. We have, therefore, to resolve to conquer or die.

The preservation of the sacred fire of liberty, and the destiny of the republican model of government, are justly considered as deeply, perhaps as finally staked, on the experiment entrusted to the hands of the American people.

To be prepared for war is one of the most effectual means of preserving peace.

A free people ought not only to be armed, but disciplined; to which end a uniform and well-digested plan is requisite; and their safety and interest require that they should promote such manufactories as tend to render them independent of others for essential, particularly military, supplies. 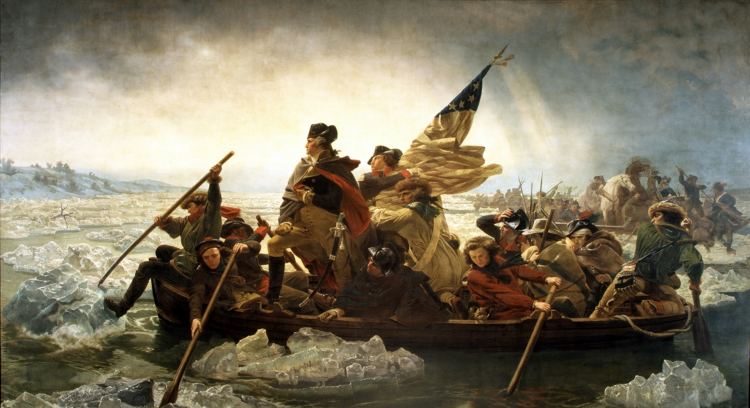 First Annual Address, to both Houses of Congress (8 January 1790)

One of the expedients of party to acquire influence, within particular districts, is to misrepresent the opinions and aims of other districts. You cannot shield yourselves too much against the jealousies and heart-burnings, which spring from these misrepresentations; they tend to render alien to each other those, who ought to be bound together by fraternal affection.

The basis of our political systems is the right of the people to make and to alter their Constitutions of Government. But the Constitution which at any time exists, till changed by an explicit and authentic act of the whole people, is sacredly obligatory upon all. The very idea of the power and the right of the people to establish Government presupposes the duty of every individual to obey the established Government.

It is of infinite moment, that you should properly estimate the immense value of your national Union to your collective and individual happiness.

I have already intimated to you the danger of parties in the state, with particular reference to the founding of them on geographical discriminations. Let me now take a more comprehensive view, and warn you in the most solemn manner against the baneful effects of the spirit of party, generally.

The alternate domination of one faction over another, sharpened by the spirit of revenge, natural to party dissension, which in different ages and countries has perpetrated the most horrid enormities, is itself a frightful despotism. But this leads at length to a more formal and permanent despotism. The disorders and miseries, which result, gradually incline the minds of men to seek security and repose in the absolute power of an individual; and sooner or later the chief of some prevailing faction, more able or more fortunate than his competitors, turns this disposition to the purposes of his own elevation, on the ruins of Public Liberty. 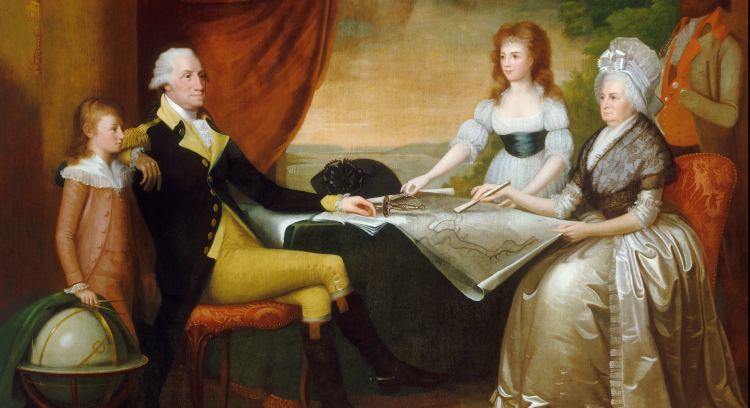 The common and continual mischiefs of the spirit of party are sufficient to make it the interest and duty of a wise people to discourage and restrain it.
It serves always to distract the Public Councils, and enfeeble the Public Administration. It agitates the Community with ill-founded jealousies and false alarms; kindles the animosity of one part against another, foments occasionally riot and insurrection.

Let me now take a more comprehensive view, and warn you in the most solemn manner against the baneful effects of the spirit of party, generally.
Of all the dispositions and habits, which lead to political prosperity, Religion and Morality are indispensable supports. In vain would that man claim the tribute of Patriotism, who should labor to subvert these great pillars of human happiness, these firmest props of the duties of Men and Citizens. The mere Politician, equally with the pious man, ought to respect and to cherish them. A volume could not trace all their connexions with private and public felicity.

Let us with caution indulge the supposition, that morality can be maintained without religion. Whatever may be conceded to the influence of refined education on minds of peculiar structure, reason and experience both forbid us to expect, that national morality can prevail in exclusion of religious principle. 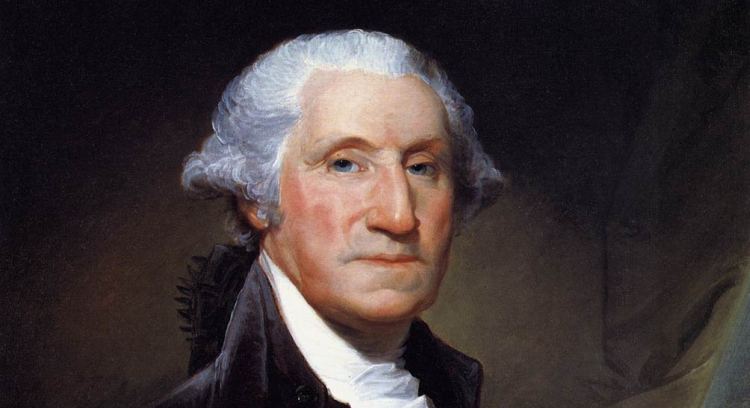 It is substantially true, that virtue or morality is a necessary spring of popular government. The rule, indeed, extends with more or less force to every species of free government.
Promote, then, as an object of primary importance, institutions for the general diffusion of knowledge. In proportion as the structure of a government gives force to public opinion, it is essential that public opinion should be enlightened.

As a very important source of strength and security, cherish public credit. One method of preserving it is, to use it as sparingly as possible; avoiding occasions of expense by cultivating peace, but remembering also that timely disbursements to prepare for danger frequently prevent much greater disbursements to repel it; avoiding likewise the accumulation of debt, not only by shunning occasions of expense, but by vigorous exertions in time of peace to discharge the debts, which unavoidable wars may have occasioned, not ungenerously throwing upon posterity the burthen, which we ourselves ought to bear.

Observe good faith and justice towards all Nations; cultivate peace and harmony with all. Religion and Morality enjoin this conduct; and can it be, that good policy does not equally enjoin it? It will be worthy of a free, enlightened, and, at no distant period, a great Nation, to give to mankind the magnanimous and too novel example of a people always guided by an exalted justice and benevolence. Who can doubt, that, in the course of time and things, the fruits of such a plan would richly repay any temporary advantages, which might be lost by a steady adherence to it? Can it be, that Providence has not connected the permanent felicity of a Nation with its Virtue?

Nothing is more essential, than that permanent, inveterate antipathies against particular Nations, and passionate attachments for others, should be excluded; and that, in place of them, just and amicable feelings towards all should be cultivated. The Nation, which indulges towards another an habitual hatred, or an habitual fondness, is in some degree a slave. It is a slave to its animosity or to its affection, either of which is sufficient to lead it astray from its duty and its interest. Antipathy in one nation against another disposes each more readily to offer insult and injury, to lay hold of slight causes of umbrage, and to be haughty and intractable, when accidental or trifling occasions of dispute occur. Hence frequent collisions, obstinate, envenomed, and bloody contests. 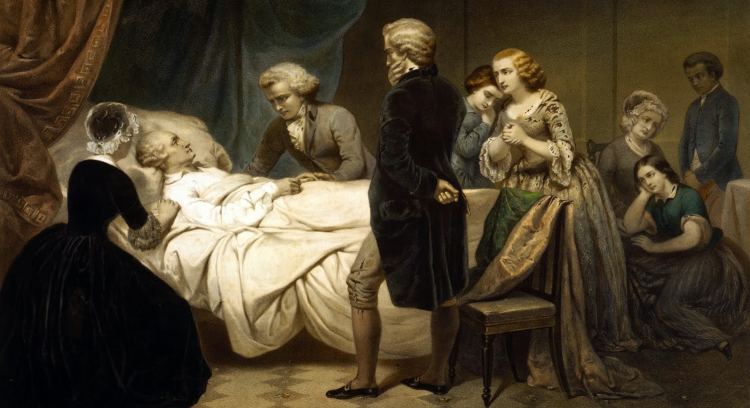 Real Patriots, who may resist the intrigues of the favourite, are liable to become suspected and odious; while its tools and dupes usurp the applause and confidence of the people, to surrender their interests. (Note: spelling/capitalization likely original.

The great rule of conduct for us, in regard to foreign nations, is, in extending our commercial relations, to have with them as little political connexion as possible. So far as we have already formed engagements, let them be fulfilled with perfect good faith. Here let us stop.

‘Tis our true policy to steer clear of permanent alliances with any portion of the foreign world; so far, I mean, as we are now at liberty to do it; for let me not be understood as capable of patronizing infidelity to existing engagements. I hold the maxim no less applicable to public than to private affairs, that honesty is always the best policy. I repeat it, therefore, let those engagements be observed in their genuine sense. But, in my opinion, it is unnecessary and would be unwise to extend them.

There can be no greater error than to expect or calculate upon real favors from nation to nation.

Harmony, liberal intercourse with all nations, are recommended by policy, humanity, and interest.

In offering to you, my countrymen, these counsels of an old and affectionate friend, I dare not hope they will make the strong and lasting impression I could wish; that they will control the usual current of the passions, or prevent our nation from running the course, which has hitherto marked the destiny of nations. But, if I may even flatter myself, that they may be productive of some partial benefit, some occasional good; that they may now and then recur to moderate the fury of party spirit, to warn against the mischiefs of foreign intrigue, to guard against the impostures of pretended patriotism; this hope will be a full recompense for the solicitude for your welfare, by which they have been dictated.