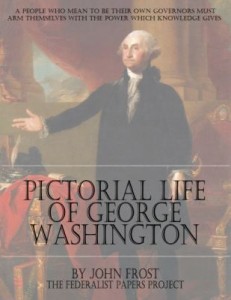 George Washington was so completely a public man, that his biography is necessarily a history of the period in which he lived. In compiling the following narrative I have, therefore, endeavored not only to bring into view the transactions in which he was personally concerned, but all those contemporary events which were of sufficient importance to deserve attention in a general history of the period. The volume will, consequently, if I have succeeded in my design, present a history of Washington and his times.

Whoever has occasion to examine carefully into the history of the period in which Washington lived, will find his reverence for the character of that illustrious man always increasing. The more intimately one becomes acquainted with the facts, the more firmly he becomes convinced that Washington was, throughout the whole forming period of the republic, the grand moving power. Everything seems to have depended on him. The leaders of popular opinion looked to him for advice; the Congress for direction. While the war was raging he guided every movement, re pressed all discontent, infused the breath of life into inert masses, and created the means of efficient warfare.

When the war was ended, and a new form of government became necessary, he guided the deliberations on which it was founded. When its strength and efficiency were to be tested by experiment, the sovereign power was placed in his hands, which steered the new ship of the state through the most perilous storms, and conducted her into the secure haven of national prosperity. He was present in every creative movement. The impress of his mind is stamped upon every great national institution. Never did any great benefactor of mankind more faithfully earn his titles, than the Father of his Country—the Founder of the Republic.

To download a copy of “The Pictorial Life of George Washington” by John Frost please right mouse click on the link, then select “save as” and download to your computer – Pictorial-Life-Of-George-Washington