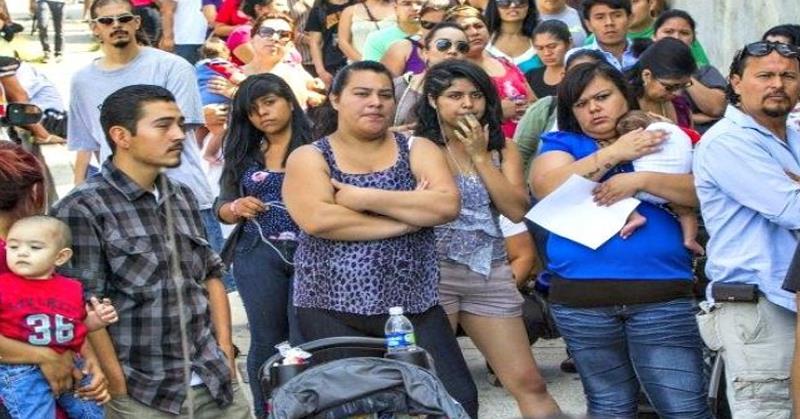 A new map depicting the amount of money every state wastes on taking care of and educating illegal immigrants has been released, and frankly, this map ought to anger the heck out of you.

Published by the Federation for American Immigration Reform, the map shows that 18 states spend more than $1 billion per year on feeding, clothing and educating illegal immigrants.

Combined, all 50 states spend a whopping $84 billion per year to subsidize illegal immigrants, though if we were to add federal spending to the equation, that value would skyrocket to at least $113 billion.

Take a look at the map below: 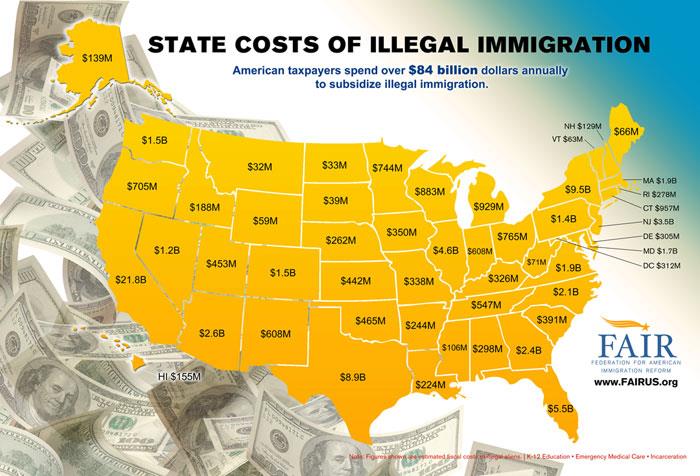 Note that these numbers are based on data that FAIR collected in 2009 and 2010. If the costs were to be updated, they would likely be significantly higher given all the illegal immigrants that President Obama has allowed to remain in the United States.

When these numbers were first published, Fox Notes pointed out that “in states with the largest number of illegals, the costs of illegal immigration are often greater than current, crippling budget deficits.”

Take California, for instance, where illegal immigration cost an estimated $21.88 billion in 2010, which was approximately $8 billion more than the state’s $13.8 deficit.

Illegal immigration clearly does more than just waste taxpayer funds; it also robs communities of money that should be spent on far more pertinent matters, such as educating the children of actual American citizens.

In a report published in 2010, FAIR argued that there were only two choices to dealing with illegal immigration:

One choice is pursuing a strategy that discourages future illegal migration and increasingly diminishes the current illegal alien population through denial of job opportunities and deportations.

The other choice would repeat the unfortunate decision made in 1986 to adopt an amnesty that invited continued illegal migration.

Unfortunately, Obama remains hellbent on pursuing the latter option, regardless of what the Supreme Court has to say about it.

#obama: "the #deportation of #illegals will remail a low priority unless you've committed a crime"
Let that soak in. pic.twitter.com/cuInnfUJMT

Even worse, it is we the American people who must ultimately pay for his illegal actions and his beloved illegal immigrants!