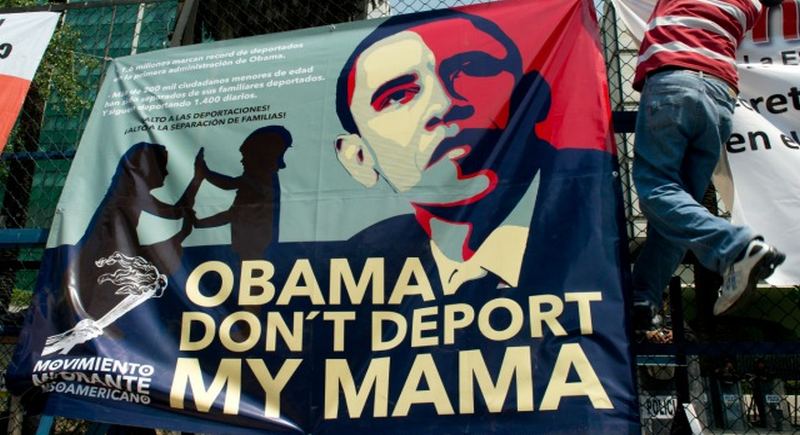 In a Pennsylvania deportation case, a Federal judge wrote he believes parts of Obama’s Executive Amnesty are unconstitutional.  As stated below, the judge’s ruling doesn’t change what Obama has decided with his “pen and phone” but it does put some questions out there for future cases.

Schwab is said to have accused Obama of “usurping” and “dismantling” Congress’s power.

The judge was presiding over a deportation case in Pennsylvania when the ruling was made. The Times is quick to note that the ruling does not overturn the president’s executive order, but “serves as a warning shot” to other cases as they make their way into courts.

More from the Times:

A federal judge has found parts of President Obama’s new deportation amnesty to be unconstitutional, issuing a scathing memo Tuesday accusing him of usurping Congress’s power to make laws, and dismantling most of the White House’s legal reasoning for circumventing Congress.

Judge Arthur J. Schwab, sitting in the western district of Pennsylvania, said presidents do have powers to use discretion in deciding how to enforce the law, but said Mr. Obama’s new policy goes well beyond that, setting up a full system for granting legal protections to broad groups of individuals. He said Mr. Obama writing laws [is] a power that’s reserved for Congress, not the president.

President Obama’s unilateral legislative action violates the separation of powers provided for in the United States Constitution as well as the Take Care Clause, and therefore is unconstitutional,’ Judge Schwab wrote.

In case you missed it, here is what Obama’s Executive Order regarding Illegal Immigrants does:

On November 20, 2014, the President announced a series of executive actions to crack down on illegal immigration at the border, prioritize deporting felons not families, and require certain undocumented immigrants to pass a criminal background check and pay taxes in order to temporarily stay in the U.S. without fear of deportation.

Expanding the population eligible for the Deferred Action for Childhood Arrivals (DACA) program to young people who came to this country before turning 16 years old and have been present since January 1, 2010, and extending the period of DACA and work authorization from two years to three years | Details

Allowing parents of U.S. citizens and lawful permanent residents who have been present in the country since January 1, 2010, to request deferred action and employment authorization for three years, in a new Deferred Action for Parents of Americans and Lawful Permanent Residents* program, provided they pass required background checks | Details

Modernizing, improving and clarifying immigrant and nonimmigrant programs to grow our economy and create jobs | Details

This just got a little more interesting don’t you think?