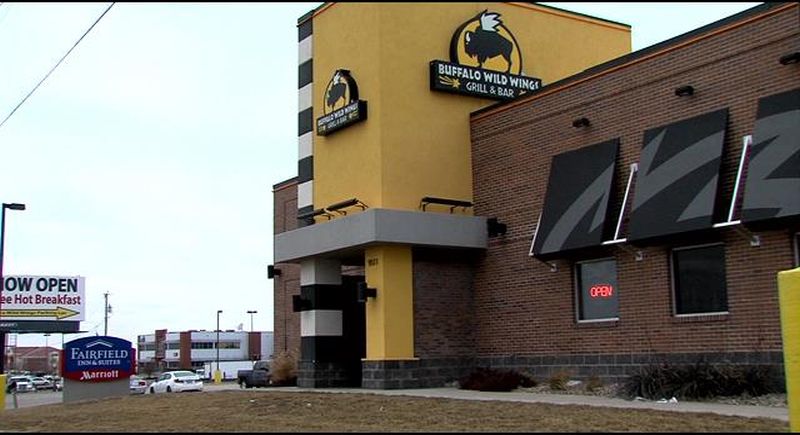 Buffalo Wild Wings customers at two Texas locations were shocked to discover an additional charge to their regular meal bill.

On top of the price of the meal, taxes, and gratuity, customers at the popular sports bar in Amarillo and Lubbock were charged for what appeared on their bills as “FL Surcharge Afford Care.”

One guess what that means. 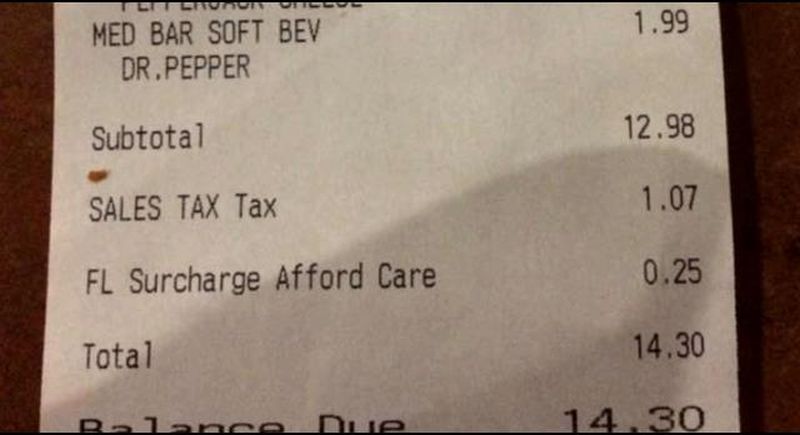 The Buffalo Wild Wings restaurants in both Amarillo and Lubbock recently attempted to pass their employee health insurance costs on to their customers by adding an Affordable Care Act surcharge.

The two percent surcharge started appearing on bills January 1–the same day businesses with 100 or more employees were mandated to provide insurance to at least 70 percent of their full-time employees.

The Howard Restaurant Group who owns the Buffalo Wild Wings said it implemented the surcharge instead of cutting employee hours or raising prices. “Due to the Affordable Healthcare Act and its requirement of healthcare coverage to all full-time employees, our restaurant group has decided instead of cutting employee hours and raising food and beverage prices, to implement a two percent surcharge on all guest checks to offset the cost of the federally mandated employee healthcare with the least possible impact to the consumer.”

The added costs of the new health care law are going to end up being passed on to consumers in one way or another, whether by cutting employee hours, increasing menu prices, or adding a small surcharge to all customer receipts.

But no matter HOW the costs of Obamacare are absorbed, its effects will be seen and felt by all consumers.

And although the 2% tax in this case is minimal, it still means that you must supplement your neighbor’s health care costs.

As it turns out, “free” health insurance no longer looks good on paper.

Mad World News has more on the story:

“At first I thought this was a joke,” customer Joey Keenum said. “I asked the server, ‘What is this for?’ She said, ‘It’s for the Obamacare cost.’”

When he spoke to the manager, they explained that it was their way of subsidizing the company’s healthcare costs, which is something many conservatives have been saying for quite some time would happen. However, Keenum was irate about it and doesn’t feel it’s his responsibility to pay for others’ healthcare.

“It’s just absurd that I have to use my after-tax money to pay for someone else’s health insurance,” he said. …

Not too long after implementing it, the company was forced to overturn their new fee after customer backlash. …

[D]irector of public relations, Heather Leiferman, released a statement explaining that they ended up taking the added fee off their bills.

“The health care surcharge at our franchised Buffalo Wild Wings in Lubbock and Amarillo has been removed,” she said. “We regret any inconvenience this may have caused. Our priority is to always provide our guests a great experience every day so they can enjoy our wings, beer and sports.”

So, while the Obamacare surcharge has been removed, the added costs of the disastrous measure remain in place.

What could possibly go wrong?

Watch the video below from local station News Channel 10 and tell us what you think.