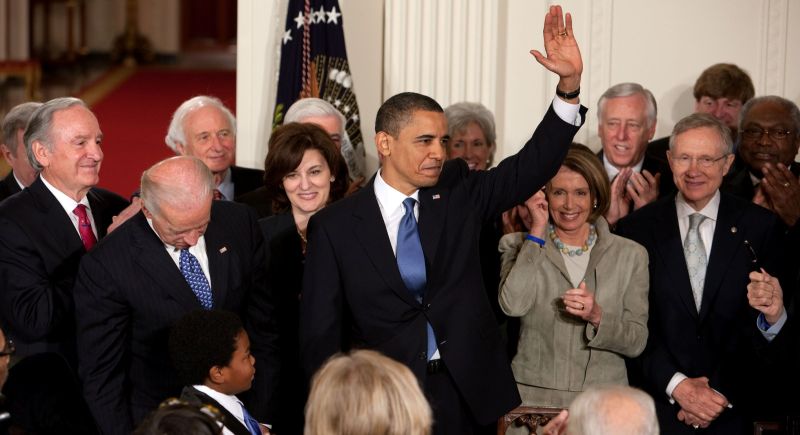 Obamacare is drastically over budget. And by more than a TRILLION dollars.

According to the Congressional Budget Office’s most recent report, the economic shortfall for the President’s signature health care legislation is currently estimated at $1.35 Trillion.

Let me break it down for you:

The cost of subsidizing health care expenses for poor and middle class Americans over the next decade stands at $1,993,000,000,000.

But the estimated revenue from upcoming Obamacare taxes, fees, and penalties (including yours and mine) over the same period of time stands at $645,000,000,000.

Even a non-math major can figure out that’s a deficit of $1.35 Trillion.

As the Daily Mail reports, that’s a cost of $50,000.00 for each subsidized person, and the forecast is for even higher costs in the future:

They (the CBO and Joint Committee on Taxation) estimated that ‘the net costs of the coverage provisions of the ACA [Affordable Care Act] will rise sharply as the effects of the act phase in from 2015 through 2017.’

Those costs will ‘rise steadily through 2022′ before leveling off for three years, the groups’ economists determined. But even at that point, the Obamacare program will cost the government ‘about $145 billion’ each year. …

The program will still leave as many as 31 million ‘non elderly’ Americans without medical insurance, while the cost for each individual will go up by 66%.

$50,000 for each subsidized person? That doesn’t exactly sound “free” to me, like the President and the Democratic Congress told us back when the measure was first passed. 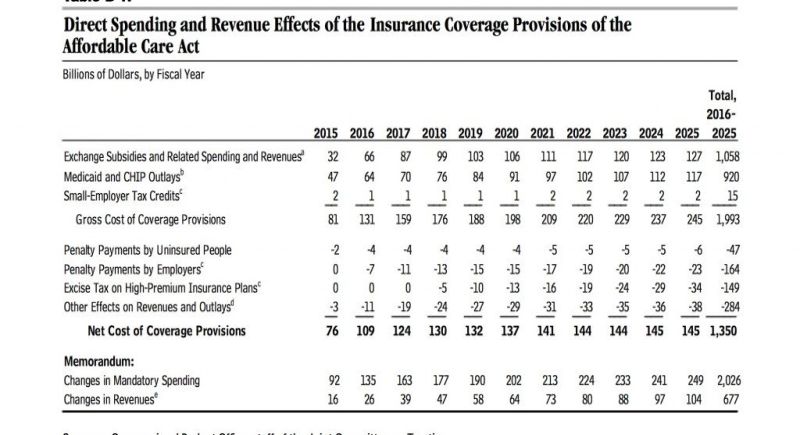 The essence of the problem, of course, is that the Obamacare measure now pits neighbor against neighbor.

Now that I’m financially responsible for your health insurance costs, I now also have a vested, financial interest in making sure you make the right, healthy lifestyle choices.

Under Obama’s America, this is the new normal.