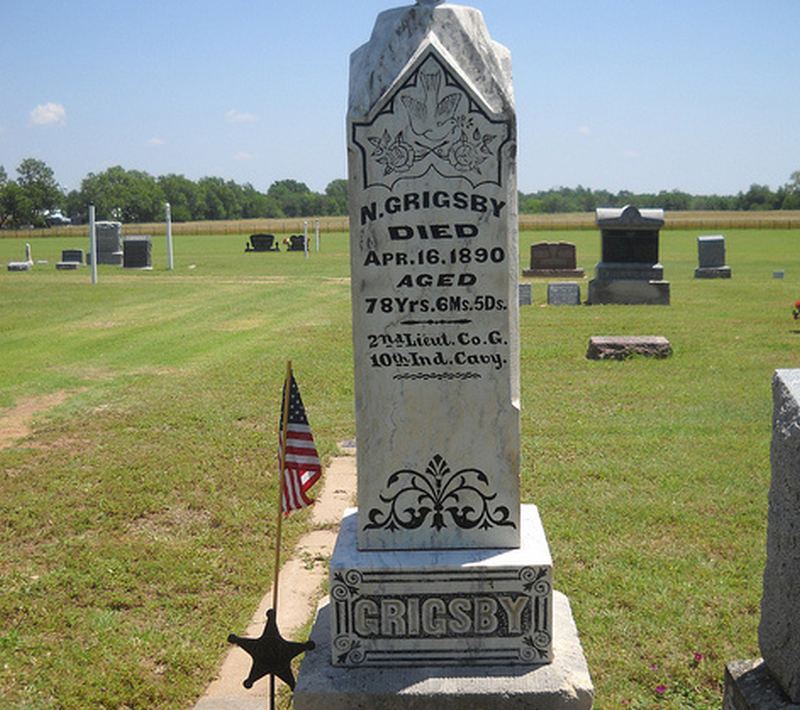 In Kansas, one man, Nathaniel Grisby, had his dying wish, to warn future generations about the Democratic Party, fulfilled. 129 years ago, this warning was etched on his gravestone in accordance with his final wishes.

A bit of background on Lt. Nathaniel Grisby:

Nathaniel was a dear friend of Abraham Lincoln.

After Lincoln moved to Illinois in 1830, Nathaniel moved with his father to Carroll Co., MO in 1855.

In 1860, he was living in Norborne. He wrote to Lincoln and received an appointment as Republican Precinct Committee Man. He placed Lincoln’s name on the 1860 ballot. All of Natty’s neighbors were Southern sympathizers. He had been talking about electing Lincoln for president in town. One morning at about 2 or 3 a.m. a neighbor rode up and told Natty not to light any lights. The neighbor wanted to warn him that his neighbors were planning to murder him and if he wanted to live he should be on his way.

After the warning, Natty moved back to Spencer Co., IN where he and four of his five sons enlisted in Company C 10th IN Cavalry (Richmond Davis did not enlist). Natty was named 2nd Lieutenant.

The family apparently returned to Carroll Co., MO but in 1885 they moved to Harper Co., KS and settled on a farm in the extreme northwest corner of the county. In 1890, they moved to Attica, KS. Nathaniel was buried in Attica.

After Nathaniel died, this inscription was added to his grave, fulfilling his last request:

“Through this inscription I wish to enter my dying protest against what is called the Democratic party I have watched it closely since the days of Jackson and know that all the misfortunes of our nation has come to it through this so called party therefore beware of this party of treason.

Put on in fulfillment of promise to Deceased. Reprinted as posted on one side of the monument of N. Grigsby.” 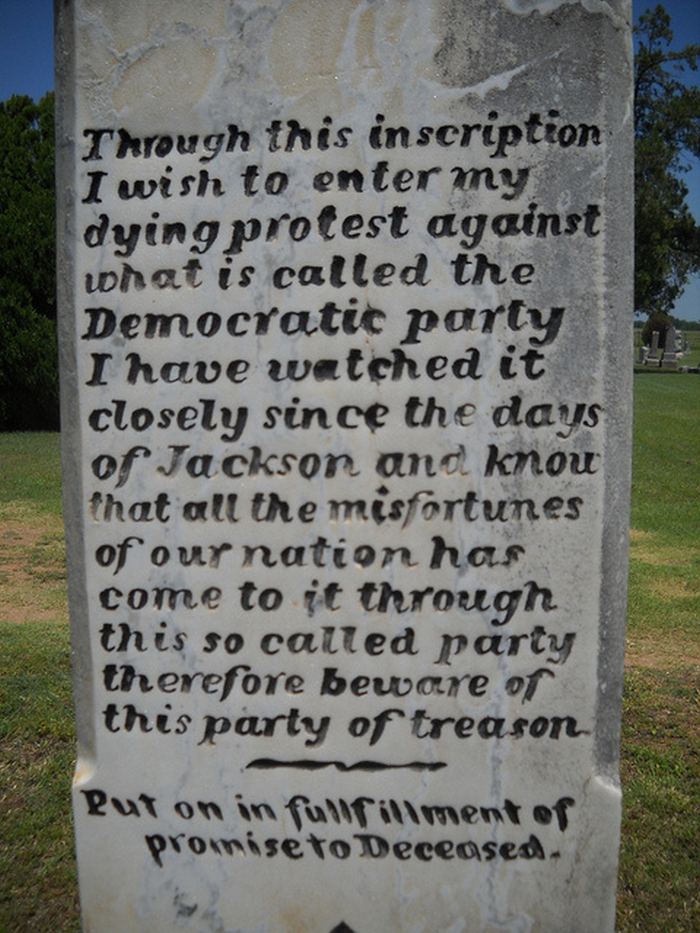 Snopes confirms that this is real, and not a photoshop.

Do you think Nathaniel’s 129 year old “warning” about Democrats is still spot-on?