Bernie Sanders just announced he’s running for President in 2020 and “Medicare for All” is going to be a big part of his message, and the message of many other 2020 contenders.

CNN reported that Sanders intends to promote the idea in “every state in the country.” He’s not interested in bipartisan input. “To my Republican colleagues,” Sanders says, “please don’t lecture us on health care.”

Sanders’s “Medicare for All” plan would turn the American health care system into a single-payer program, which the government, through taxation, can supposedly afford. 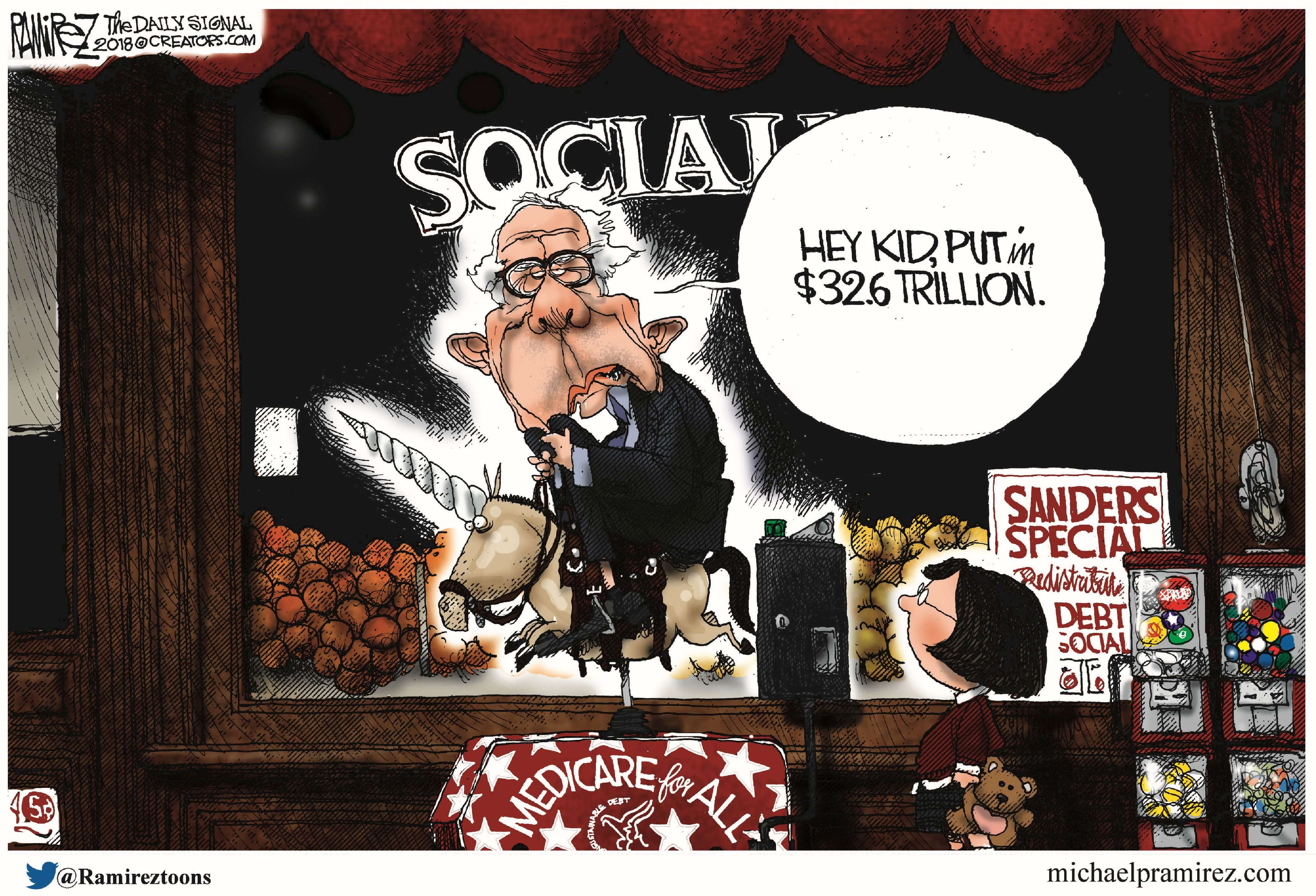 But in a column for the Chicago Tribune, Steve Chapman calls Sanders’ plan a “delusional promise“:

It’s not clear that we as a country can afford Medicare as it currently exists. Merely preserving it without significant cuts would eventually require a tax increase that working people would resent. But instead of looking for ways to economize, the Vermont senator wants to expand the program in a way that the term “vast” barely begins to capture.

[Sanders’] majestic vision goes beyond merely including the entire U.S. population in Medicare — which would increase the number of recipients by sixfold in just four years. Sanders wants to add coverage for dental, vision and hearing needs, which the program now excludes. And he promises “no more co-pays, no more deductibles and no more fighting with insurance companies when they fail to pay for charges.”

He’s talking about a huge change. As a study by the Kaiser Family Foundation noted, “Medicare has relatively high cost-sharing requirements for covered benefits and, unlike typical large employer plans, traditional Medicare does not limit beneficiaries’ annual out-of-pocket spending.” In 2010, it found, the average recipient paid $2,746 for deductibles, coinsurance and the like (not counting premiums).

Chapman is correct. Even an expansion of Medicare for all Americans would bankrupt the country. Sanders’ plan goes much further.

Is "Medicare for All" a good idea?

His plan to expand Medicare from its current state, inflating an already outrageous price-tag, and furthermore promote “Medicare for All” is truly delusional.

Bernstein even go as far as to blame Republicans for the failures of the Affordable Care Act:

For far too long, Democrats have way over-negotiated with themselves, starting debates where they wanted to end up, and getting pushed hard to the right by conservatives. Sanders’s plan is one of the few I’ve seen for a long while that sees the folly in this and takes strong, corrective action. So go Bernie!

Strangely, Sanders himself presents a practical critique of his own plan.

A video of Sanders, recently posted by American Wire and recorded back in 1987, shows a skeptical Sanders explaining why universal healthcare won’t work.

The video was taken when Sanders was mayor of Burlington, Vermont. The footage is part of an episode of his show “Bernie Speaks with the Community.”

Sanders starts by saying that he would like to have a system where America’s healthcare system worked like Canada’s. He quickly adds that a single-payer system in the U.S. wouldn’t be affordable.

“But I think what we understand,” Sanders said. “Is that unless we change the funding system and the control mechanism in this country to do that. For example, if we expanded Medicaid [to] everybody. Give everybody a Medicaid card – we would be spending such an astronomical sum of money that, you know, we would bankrupt the nation.”

Apparently, Bernie Sanders has changed his mind, deciding that bankrupting the nation isn’t such a bad idea after all. 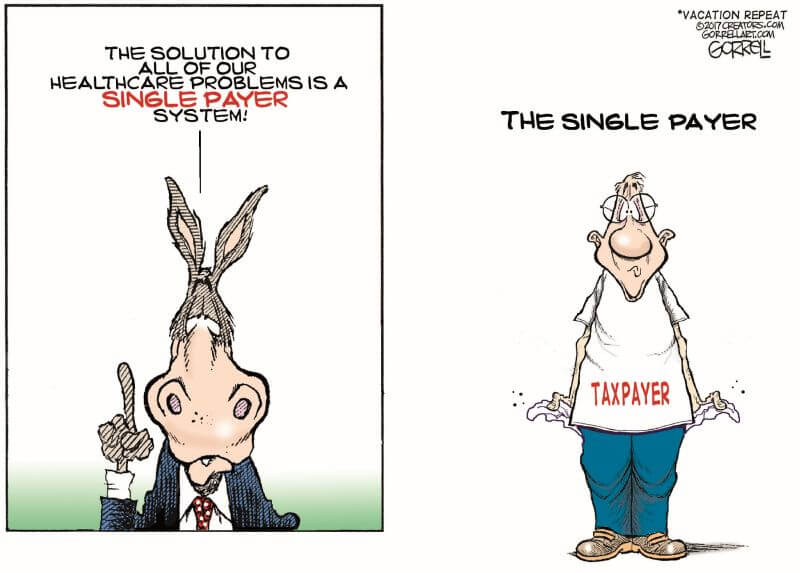