Watch what happens when Antifa thugs think all it takes to stop traffic is their black clothing:

Hope the guy in the video has some good health insurance, and learns his lesson. Traffic doesn’t always stop for hooded Antifa thugs.

“I would have called the police as I was driving away. No way would I stay or get out off my vehicle with these violent thugs.”

I would have called the police as I was driving away. No way would I stay or get out off my vehicle with these violent thugs.

“This is the reason parents teach their children not to play in the streets.”

This is the reason parents teach their children not to play in the streets.

Those comments mirror our sentiment exactly! Speaking of Antifa thugs:

The owner of what is considered an Antifa friendly bar in Oregon is being investigated after it was alleged that he allowed Antifa protesters to use weapons against conservatives.

A report by the Oregon Liquor Control Commission (OLCC) said that the owner of Cider Riot would not boot patrons who were ornery and then made fake statements to authorities, Fox News reported.

“It’s not clear what OLCC would have wanted my client to do,” the attorney for the owner, Juan Chavez said.

“Did they want Abe to be both a one-man police force and a bouncer, all while he was dealing with a small triage hospital in his cidery?”

The commission’s investigation has recommended multiple administrative charges against Goldman-Armstrong and his staff.

The investigation into Cider Riot was prompted after several complaints were filed with the agency following the May 1 brawl.

On Friday, a judge rejected Gibson’s request to have the case moved outside Portland, the Oregonian/OregonLive.con reported.

“Goldman-Armstrong stated that his patrons were only acting in self-defense but clearly, according to the video, he was present and watching as patrons displayed aggressive behavior,” state inspector Genny Welp said in the report.

The owner, Goldman-Armstrong, said he is planning on selling the bar but wants to sell it to someone who shares his anti-fascist beliefs.

“We’re not going to sell to racist s—–gs, and I don’t think the other investors would feel comfortable selling to someone who doesn’t believe in equal rights for all humans,” Goldman-Armstrong said.

“Political views don’t usually play a part in business, so we’re not ruling out anyone unless they’re really terrible,” he said.

Finding someone who shares his leftist views in the state of Oregon should not be tough to find, but his legal issues are far more pressing.

“OLCC supports businesses, public safety and community livability, and so we ensure that every licensee has the opportunity to present their side on matters that rise to the level of violations,” a spokesperson for the OLCC said.

But the attorneys for Goldman-Armstrong said “These findings are not based on any reasonable reality,” and plan to fight them. 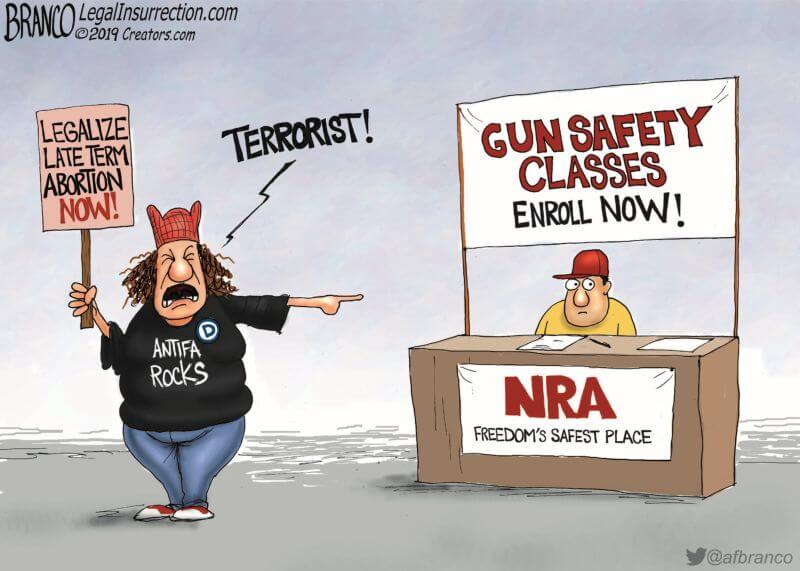