A Philadelphia based back of Antifa terrorist attacked Marine reservists and called them Nazis and they did it in the most cowardly way possible.

Knowing there was no way they could take on Marine reservists in a fair fight they maced them first and then attacked, Philadelphia Magazine reported.

And now the suspected ring leader is in custody. 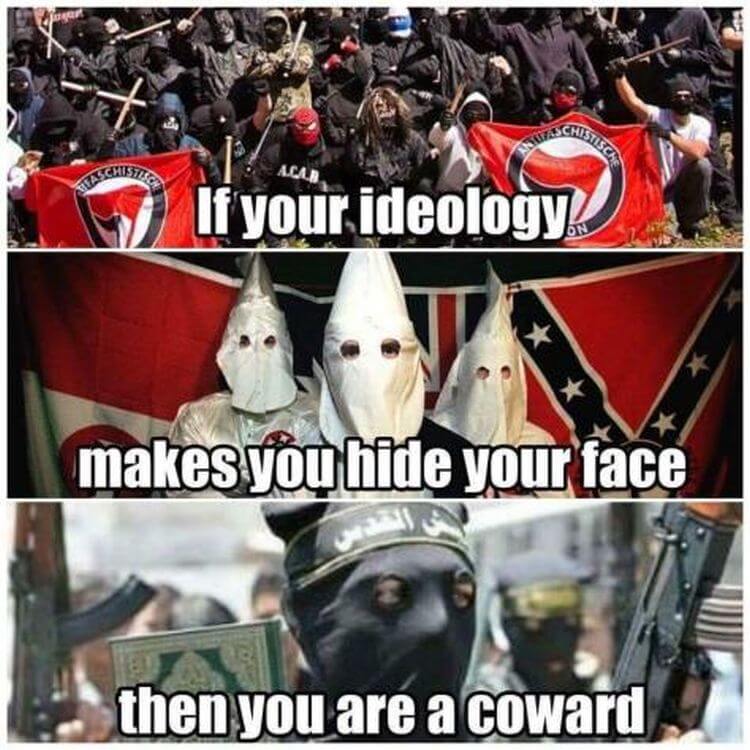 Investigators say that a group of men and women maced, punched, kicked, and robbed the reservists near Front and Chestnut streets on Saturday, November 17th, around 3:20 p.m., just down the street from the controversial “We the People” rally. The group allegedly called the reservists “Nazis” and “white supremacists.”

According to police, Keenan, a 33-year-old Mount Airy resident, turned himself last week.

He has been charged with two counts each of criminal conspiracy, aggravated assault, terroristic threats, simple assault, and reckless endangerment. Keenan, who was not charged with robbery, was released on bail and is scheduled for a preliminary hearing on December 6th.

A spokesperson for the Philadelphia Police Department says that the case is still open and that they continue to investigate the other suspects. Police have not released the identities of the accusers, and it is unclear whether they participated in the “We the People” rally or the counter-protest in any way.

It is believed that antifa, an anti-fascism movement, has no real structural organization or leadership, but Keenan has been termed a leader of the group in Philly by various blogs and alt-right outlets.

In 2007, Keenan was arrested as one of the so-called “Love Park 4” after an incident involving a purported Ku Klux Klan rally in the well-known park near City Hall. He was charged with criminal conspiracy, institutional vandalism, resisting arrest, and criminal mischief, among other offenses, and eventually made a plea deal, pleading guilty to one summary offense of disorderly conduct, while all other charges were withdrawn.

It is not the first attack of its type by Antifa this month.

As The Daily Wire reported, a group in Portland committed a similarly horrific act.

Earlier in the month, Antifa members in Portland exhibited violent behavior against demonstrators at a #HimToo protest. Six people ended up getting arrested, including a 19-year-old Antifa member named Heather McClintock who was captured on video harassing, assaulting, and spitting on demonstrators. She was charged with harassment.

“I was assaulted by a mob of masked individuals in black. They also targeted my equipment. They called me a fascist & Islamophobe. They said my parents & grandparents would be ashamed of me,” said Ngo via Twitter. “It feels surreal to be treated this way by people who don’t even know me.”

On November 7, Fox News host Tucker Carlson’s Washington, D.C. home was reportedly targeted by a left-wing group called Smash Racism DC, which is also known as AntifaDC. A mob of 20 or so chanted that they will “fight” Carlson, demanded he leave town, vandalized his property, and doxxed him, his brother, and business partner.

It is time to consider Antifa a terrorist group.