The joke below is one of the best anti-Nancy Pelosi jokes we’ve seen in a long time, maybe even of all time: 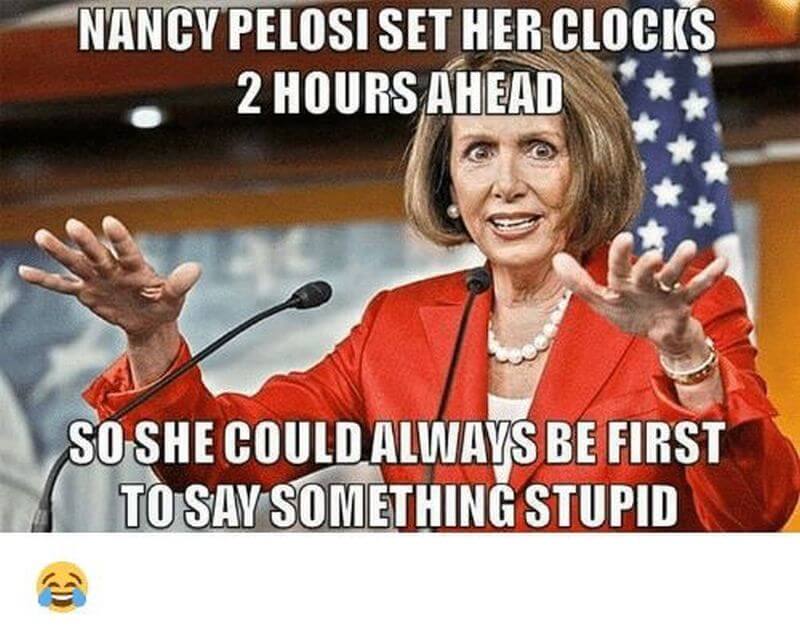 Nancy Pelosi is the GOP’s best weapon for the 2018 midterms and hopefully beyond!

So long as the Democrats talk about impeachment, raising taxes and the rest of their socialist agenda the more seats they lose in November:

Is Nancy Pelosi a secret agent for the Republican Party? Sometimes you have to wonder.

Her latest outburst, in which she derides the accelerating economy and declining unemployment, is so nonsensical that it demeans Democrats’ credibility, shows them to be remarkably out of touch with average Americans and underscores the poverty of their competing platform.

It isn’t the first time Pelosi has given GOP candidates rich fodder for ridicule; remember how she compared thousand-dollar bonuses to “crumbs?” That’s a clip that will show well in midterm campaign ads.

Pelosi’s latest Twitter sensation came amidst her weekly press conference, at which she scorned the improving jobs situation.

Here’s a direct quote: “(P)eople say, ‘Oh my goodness, … people are saying the unemployment rate is down, why isn’t my purchasing power increasing? So, this isn’t just about the unemployment rate, it’s about wages rising in our country, so that consumer confidence is restored.”

Unhappily for Nancy, but happily for the U.S., consumer confidence doesn’t need “restoring” – it is actually booming.

The Conference Board reported just this week that its Consumer Confidence Index rose 2.4 points in May, and reached its highest reading in more than 17 years. Lynn Franco, the Conference Board’s Director of Economic Indicators, said in a press release, “Overall, confidence levels remain at historically strong levels and should continue to support solid consumer spending in the near-term.”

Keep it up Nancy, we’re counting on you! 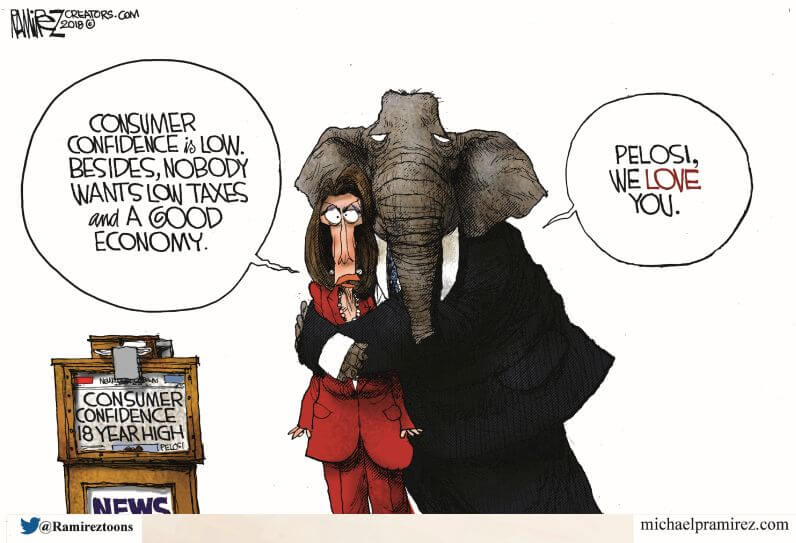