Watch as 2020 candidate and for Vice President Joe Biden walks away from, and refuses to answer questions about corruption in Ukraine after a campaign event:

Of course Joe Biden is refusing to answer any tough questions about Ukraine.

It looks like President Trump did nothing wrong, while Joe Biden has admitted using almost a billion dollars in loan guarantees as ransom to get a Ukrainian leader to halt the investigation of his son, Hunter.

Joe Biden has some serious explaining to do, and while none of us will likely buy his explanation, the media can be counted on to try and cover for him.

Whether it will work or not with Democratic primary voters, is another question entirely.

Meanwhile, President Trump just blindsided Democrats by vowing to release the full transcript of his call with the Ukrainian leader, as Reuters reports:

“President Donald Trump said on Tuesday his administration would release “the complete, fully declassified and unredacted” transcript of his call with Ukrainian President Volodymyr Zelenskiy.

In a tweet, Trump said the transcript would be released on Wednesday and would show the call was “totally appropriate” and that he had not pressured Zelenskiy to investigate Democratic presidential hopeful Joe Biden and that there had been no quid pro quo for U.S. aid in exchange for a probe.

I am currently at the United Nations representing our Country, but have authorized the release tomorrow of the complete, fully declassified and unredacted transcript of my phone conversation with President Zelensky of Ukraine….

….You will see it was a very friendly and totally appropriate call. No pressure and, unlike Joe Biden and his son, NO quid pro quo! This is nothing more than a continuation of the Greatest and most Destructive Witch Hunt of all time!

“House Speaker Nancy Pelosi said on Tuesday it would be wrong if President Donald Trump asked Ukraine to launch an investigation into a political opponent, even if he did not tie the request to the release of millions of dollar in U.S. aid.

“There is no requirement that there be a quid pro quo in the conversation,” Pelosi said at an event sponsored by The Atlantic magazine. “If the president brings up, he wants them to investigate something, his political opponent, that is self-evident that it is not right. We don’t ask foreign governments to help us in our elections.”

Pelosi was due to meet with all House of Representatives Democrats later on Tuesday to map out a way forward after the nation’s top spy officials refused to hand over a complaint from an intelligence whistleblower that reportedly deals with a call between Trump and Ukrainian President Volodymyr Zelenskiy.

Pelosi said it was clear that acting Director of National Intelligence Joseph Maguire was breaking the law in withholding the complaint from Congress at the direction of the Trump administration.

Pelosi, however, declined to say what the next steps might be from the House as Democratic lawmakers try to force the administration to hand over the complaint.” 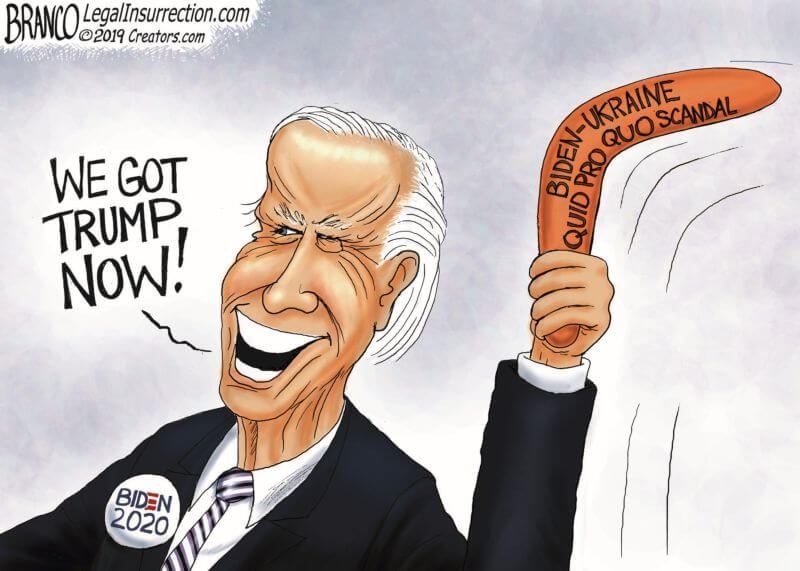